I know its been a bit 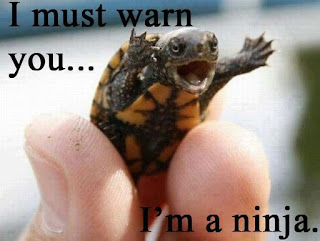 But I swear I still luv ya haha.  Work has been busy so the free time I have is usually thrown into doing commission work.  Thus I am still painting stuff - I just don't nearly have the time to throw down a blog post now and again.  Let's begin with a paint list.

Me
Maybe build my Chaos Knight.  The new "Chaos" Knights seem pretty good and I want to test some out.
Work on some art for Frontline and some other stuff - etc etc.

Brandon V
More Marine stuff - look for a scout speeder to come soon it is built and primed.

Greg S
More marine stuff and a Knight coming at some point.  Woot...

Mike K
Space Sharks!  I need to build them - which takes a day away from painting :(

Bryce
Chaos Fire Raptor and a Fellblade.  The Flyer is resting and soaking to pull of the FW release agent stuff.

Battle Report Tetrad
I played a game last week with a Tetrad list.  It went pretty well - I shouldn't have summoned as early but I ended up winning after using the annoyance of the masque and shooting down some Storm Ravens.

I got a decent set of spells and got the +1 Inv save to the Warlord and Tzeentch units within 9 inches warlord trait.  The question comes in - do the other DP's count as the Warlord and thus get a +1 to their Inv save?  We played it that they did and the game ended up having one DP take 2 wounds - he gained one back due to IWND ability from a greater gift.

The Tetrad is not a forgiving army as you are low on Warp Charge.  You can't summon nearly as well so its just hard - plus you don't have a ton of room for extra stuff.  Your DP's though are very tough to deal with.  The Masque is there to eff with death stars and slow them down.

Power set
MoT - Rolled on Tzeentch powers - did ok
MoN - Rolled on Malefic - didn't get cursed earth but got it on Fateweaver
MoS - all Biomancy to try and get a strength 10 whip shot.

It was weird not having Fateweaver reroll the warp storm - but having his one reroll was very strong indeed.  I should get another game this weekend and might try out the new "chaos knights".  Been trying to win some Vampire Counts Dire Wolves on Ebay lately to help me create my Murderhorde/Gore Pack.  Will see if I end up winning enough.

Just messing with gun knights to see how they work.  The other thought would be to do some Assault knights plus massed summoning.  A few throw downs of Invisibility or something else might make them pretty nasty in combat.  Will have to see if going straight shooting Knights would work out.  If not I could do 2 "chaos" wardens.  I do wonder if 3 CC jerks would end up being pretty rad with a massed assault list.

This could work too - as you can run around the table with psykers protecting your knights a bit.

Ok enough some painting and arts. 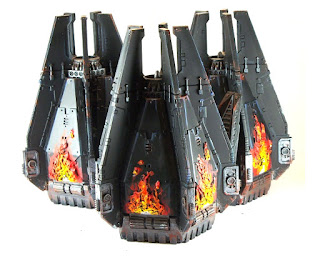 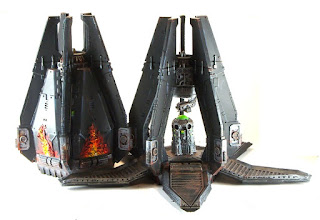 I think I have painted a plethora of Drop Pods. 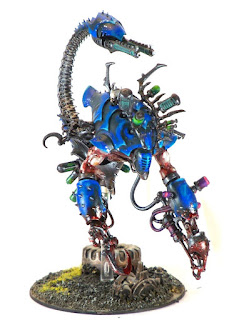 Ignore the base - he didn't have a magnet one yet - but magically the one I had for a Deff Kopta worked so yay decent pics! 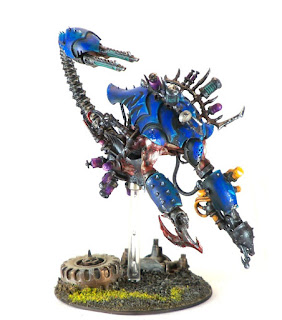 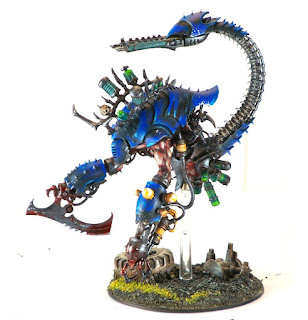 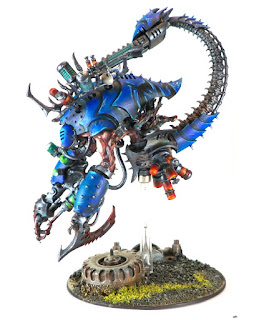 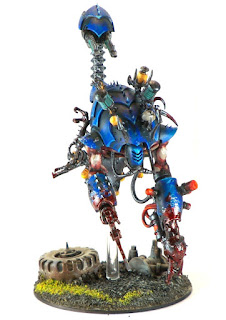 Me thinks this is a Corpse Thief 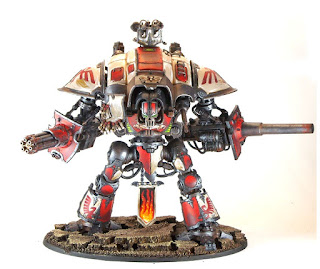 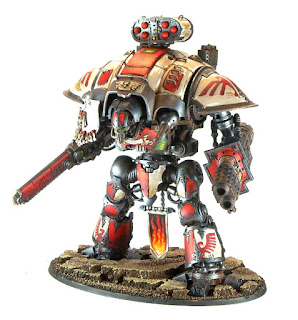 Knight magnetized with all the weapons except the Fist as the client didn't want it.  But good times yes!  Another knight - this is like #14 I think. 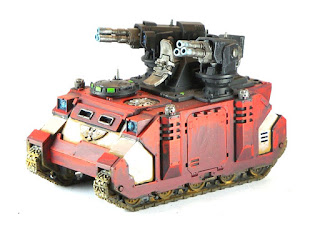 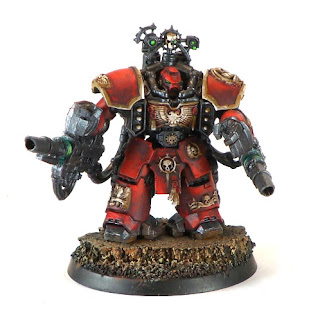 More stuff in this scheme coming 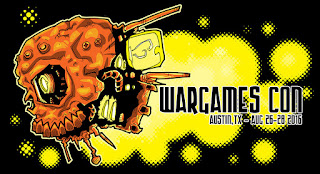 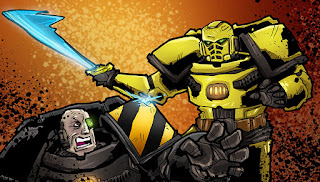 Posted by Thomas aka Goatboy at 2:03 PM No comments: