Before the Alamo Post woot - Will see how I end up doing.

Woot it's that time of the year - another Alamo 40k GT.  Last year I did get 2nd even though I wasn't announced and hopefully this year I will do alright.  Bringing a basic list as it is an initial test for ATC.  Will see how it does.  Will post it after the paint list.

Got some  Fantasy/KoW stuff coming in as well as some other fun stuff.

Buddy said I need the D CCW just in case and I figured he might be right.  I wonder if another list I played at War-games Con can be done with a Chaos Death Star build - Cabal/KDK/Knights - it might make me feel like a true evil player haha.   It is another thought.

But here is hoping I have a good time or two with the army and just drink a bit over the weekend.  Going with friends and staying in a hotel near the location.  Got a plastic drinking horn too - woohoo!

Will have a game write up next week after I get back. 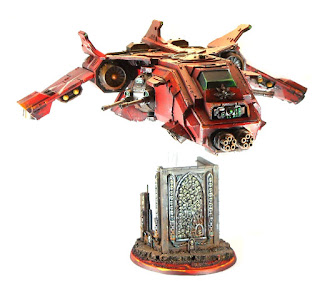 Flyer - it came together a lot better then rumored on the kit - yay! 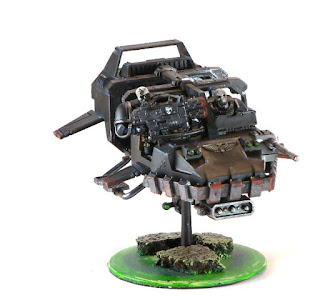 Ignore the base haha. 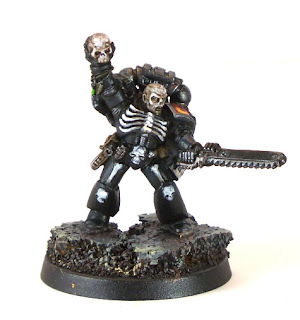 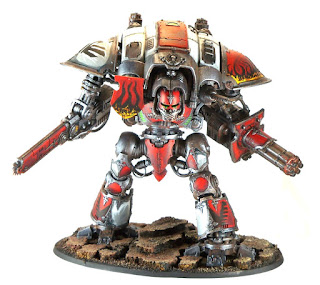 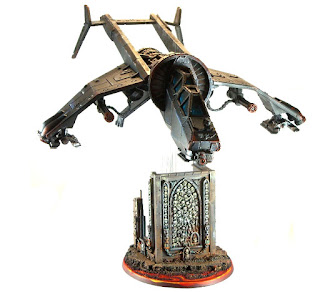 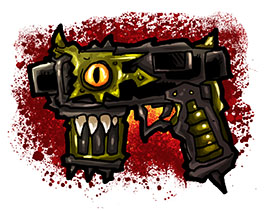 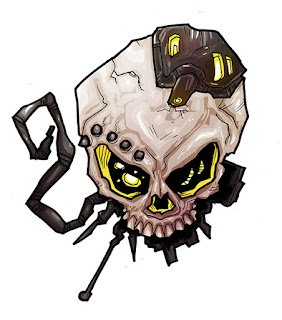 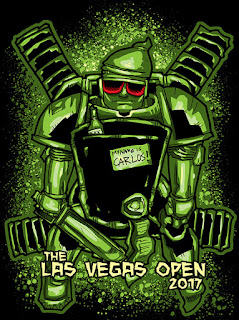 LVO's new Logo/character art for the year.  Hangover for the win.

Posted by Thomas aka Goatboy at 6:54 PM 3 comments: 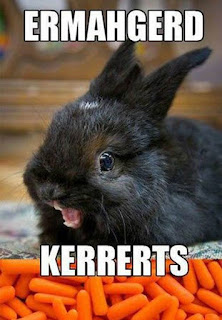 I got no game in this last weekend - so no testing.  Heard about a buddy that one with a CSM/KDK/Daemons list at the Broadside bash - seemed pretty spicy of a list.  Power up and abuse whatever kind of combo you can is the key for competitive 40k right now. And wow an FAQ too.  It kills some armies - one of them mine :( - the GK/BA/UM thing doesn't work as it used too.  Oh well - that is life right.  It just means I have to do something else with it - or use rhinos or some nonsense.  Who knows.

Greg S
Another Knight and some marine stuff

Bryce
Chaos Fire Rapter - it is built just will need to do the base and prime and paint.  Most likely starting this weekend

I might be missing something else so who knows.  I am always busy.  Work, painting, art, etc life is always a whirl.  Add in a baby and it is good times.

I should be off seeing Civil War this weekend.  Got my bro in law baby sitting so me and the Wife can check it out.  Woohoo!  Good times indeed.  Pulled a dang wisdom tooth out last week that effed up a lot of scheduling and kinda still hurts.  My teeth are all in cuz I gots a big mouth so it isn't too bad.  Still its just annoying to have the socket just hurting.

Currently I am messing with Knights plus Daemons.  I will hopefully get a chance to play this list next - and the FAQ doesn't even eff with it!

I can shoot a lot, have stomps to neutralize stuff and enough bodies to run around and cause issues.  Plus the 7 man unit will hit like a ton of bricks.  I keep thinking using the Cabal might be good with some Knights as well - you can make the Invisible and just cause issues as they run around the table top.  If I drop the double guns on both knights it does free up some points so that might doable.  I am trying to think of a list for the Alamo right now so that is where this is coming from.

It does suck you can't stack Maledictions anymore as I was thinking of an enfeeble bomb to cause issues.  Still - overall the FAQ was good.

You make a star of casting - throw the knights forward and hope for the best.  You can invisible one of them if you want or do other stuff.  It kinda depends on what you feel like.  It might work - it probably won't.  Still it is a way to get knights to run around.  If you drop it down to 3 casters you could do 3 knights without the missile pods.  That is another thought.

Love this Tetrad idea a buddy is throwing around.

The thought is basically you have 3 DPs of Khorne with the Knights running around.  This seems like a fun list that while it won't win the big thing - it could do wonders in a local event.  It is very tempting to bring to Alamo as my Daemon Princes look good haha.  I just would want to get my Renegades made but don't know if I have time to build/paint them.  Of course I have time but you know how it goes haha.  I do wonder if taking off the armor on the Slaanesh DP and going with another casting level on the Tzeentch one might be worth it.  Just more thoughts haha.

The Culexius nerf was pretty rough and I expect a lot more deathstars to float around.  I think Chaos could get enough WC to stop at least 1 or 2 and maybe force the player to over use their WC dice.  It is a thought.  Meh still bummed my GK army is nerfed.

Ok onto some painting and art stuff - always working it haha. 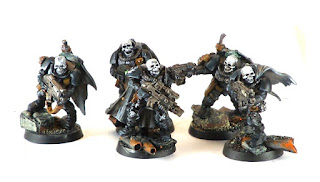 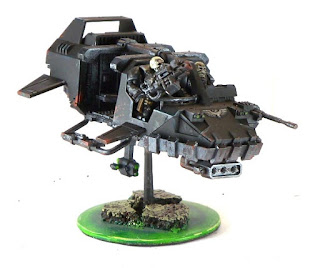 Ignore the base - haven't built one yet as I thought one was in there - and hey its magnetized so yay! 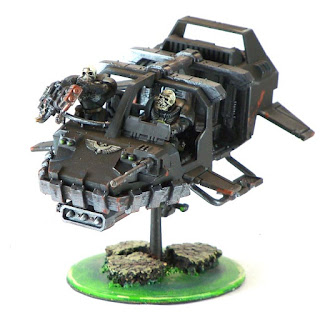 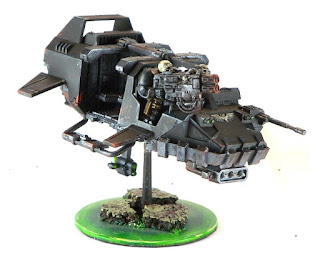 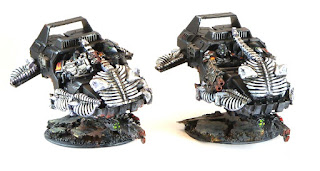 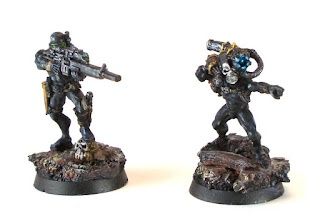 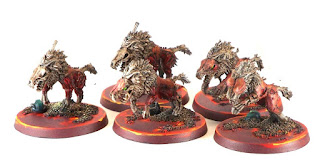 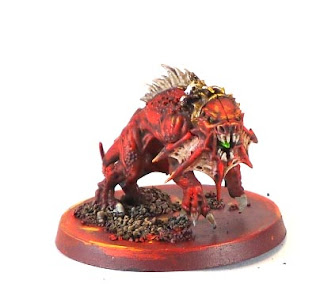 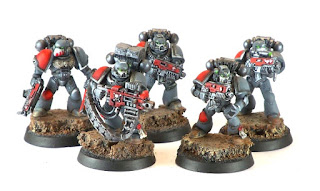 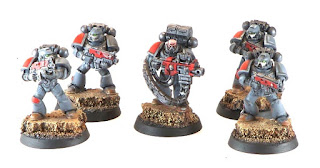 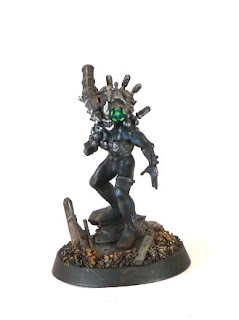 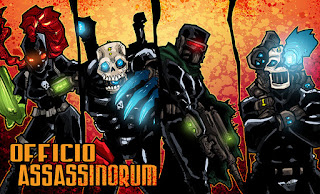 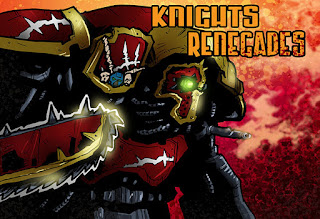 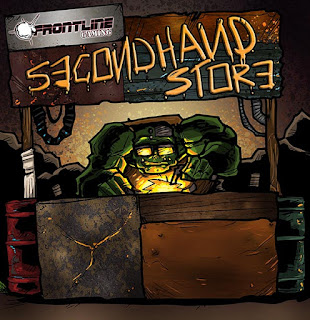 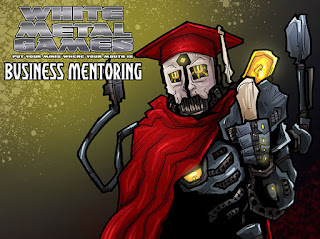 Posted by Thomas aka Goatboy at 5:10 PM No comments: