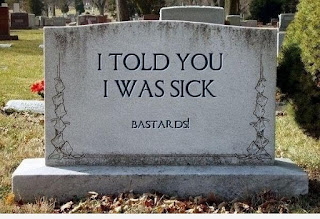 Man I will say this - getting sick sucks.  I got sick for a few days 2 weeks ago - then my wife got sick a few days afterwards.  I thought it was food poisoning but it looks like it was a stomach bug sort of thing.  Pain in the butt for sure.  It really kicked me down a few pegs on working so that is why this post was short with not much worked on.  But hopefully that will change in the coming weeks.  I also had my son's first birthday party - so that killed a weekend with family in town, mom in law in the house for awhile, and just no time.  Meh!

Ok let's do a paint list.  I am planning on knocking out big chunks this weekend to start on new stuff.  It never ends for the Goat.

Me
10 Purifiers - built and almost all painted.  I have 5 more to finish up with some colors etc.
Another 10 Purifiers to finish off the GK/BA thing
1 Drop Pod
Some illustration stuff as usual
Food Hammer Donation - Wolf Lord idea.

Alan
Chaos Stuff - once I knock out this DA commission it is onto some Chaos stuff.

Tim
Finish a Dark Angels started box and some Meltaguns

John
Some random Black Knights and a Chaplain Conversion

Don
Some other model company stuff.

Luis
More Necromunda and other stuff.

I am sure other stuff too as people ask me questions about smaller commissions.  A lot of the time I can knock that out quickly so will see.

I tested out a Dual Knight list this past week against my buddy Nick.  He beat the ever living snot out of me as I failed a lot of saves, he hit with all his deep strikes and just wrecked me with an Elysium build.  It was rough and while the army wasn't bad - it was just not prepared to get beaten up like that.  I have a feeling if I played less aggressive and protected my knights more - I might have done better.  I think that is the key with a Dual Knight list - keep them protected.

What I played - then what I would change too based on what I see in the meta.

I should have used the big blob to keep deep striking honest, hide in the corner and just shot stuff and came out after things came down.  It seems like it could work - but I can see some tweaks.

Since it is only a 2 source list I could look at adding in Inquisition with RAD and Psyotroke grenades.  It would keep some Deathstars honest as they have to worry about coming in and getting effed up.  It is a thought and I might test it more.  This list seems designed to put a hurt on Gladius for sure.  Knights with this much shooting can knock out a ton of guys if needed and being "immune" to grav might be worth it.  I do wonder if I drop down the Iron Priests etc - or set them up to fix knights if needed.

It looks janky but in a day and age of having a ton of Death Stars this is an annoying one.  You can't really throw into it due to the issues of getting screwed on the grenades.  Plus it still hits plenty hard too.  It is a thought for sure - plus the Servo Skulls can keep Gladius Scooting far away.

Here is the Updated 2 Knights list from what I played at Wargames con.

It kinda feels dumb but it could work.  It has some pain in there and extra scouts are always a help.

Gives me 6 Pods - Meph to go after Knights and Wraith Knights and plus a decent amount of melta as needed.  It is probably a really weird list but it will get done soon.  Oh and it isn't evil look so a win for me! 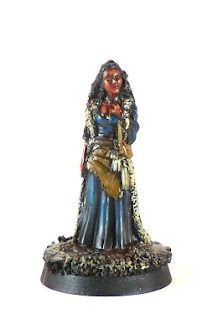 Did a set of models for a wedding - this is an extra one, one of the guests wanted because they liked what I did.

I have 3 more of these guys, attack bike, and a speeder left to do. 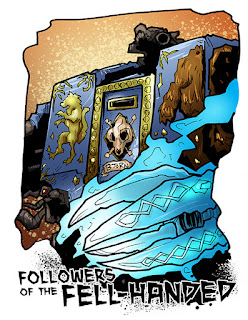 BJORN!!! he is gonna touch ya in a bad place. 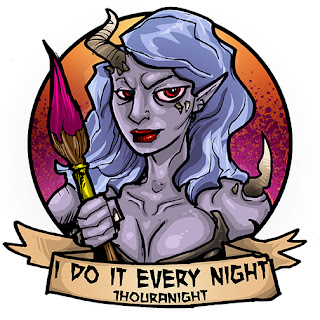 Lots of Models - Trying to get stuff done. 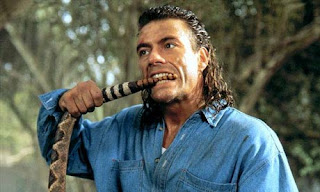 Getting food poisoning sucks - took me out for a good part of the week and slowed me down on finishing art projects.  I got some painting done - but not enough to feel happy about it. So will see.  And man primer eating it sucks - need to clean off some dusting to finish some grey bikers.  Dammit.

Paint list
Me
Art pieces to color - 3 of them right now - some things to draw too
20 GK to do at some point
That is about it I think for me.

Carl
5 More bikers I need to fix the priming issue on.  Damn you more expensive Primer!

Tim
More DA bikers - built 3 of them so far have a speeder, attack bike, and 3 more bikers left shooting to get this done by end of next week

Yeah so lots of stuff.  It never ends.  The plan is to get a game finally this weekend.  I have not had any chance to get an event in due to the nature of everyone having kids during this time.  It means parties and birthdays and other bits of stuff.  I hope to get a game in on Saturday with this dumb thing cuz it is painted.

It might work - it will look neat and it is immune to some dumb things.  So yeah!  Will try it out.  Hopefully I can get some info on the GK list - but I am trying to get that done before I head out to the Frontline Gaming crew to talk some art etc.

Sorry for the lackluster post - just tired still and want to get a bunch of models up. 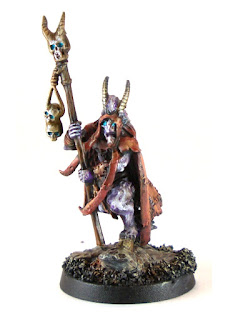 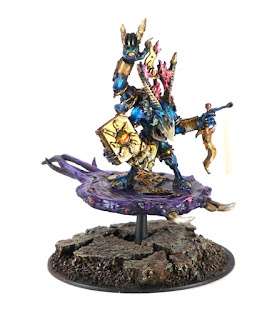 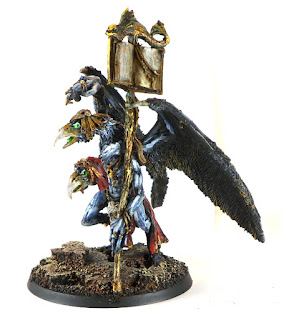 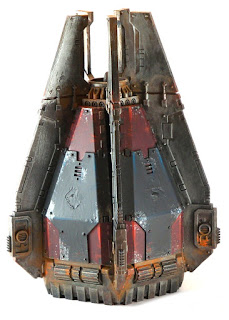 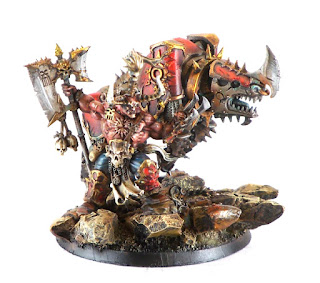 Spell Jugger guy!  Just wanted to paint this model and made him useful 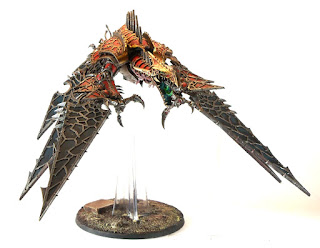 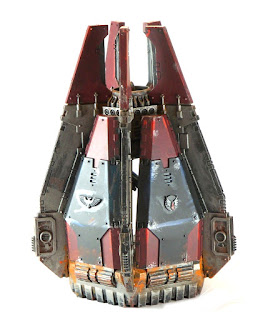 One more Pod to finish for this lot. 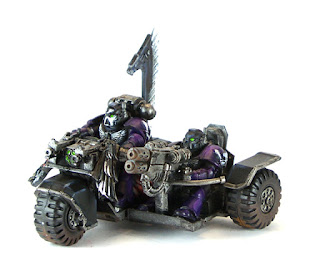 Posted by Thomas aka Goatboy at 8:20 PM 3 comments: