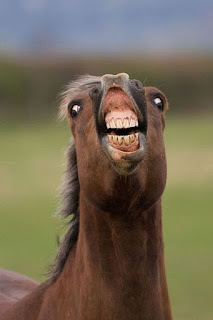 Been a bit - work has been nutty - thus life is a bit busy in-between monster child, wife, life, and work.  And models - lots of models to paint.  Blah I will be buys till probably next year.  And longer then that.  To give you an idea

Got to finish my daemon stuff - just screamers.

Infinity for another client

A small bit of Infinity for a coworker

Cryx for another client

Finish off a Chaos commission

And some Frontline art and other stuff.

It just never ends for me haha.

Been testing against the one and only Ben Mohile - which leaves me getting my ass kicked by weird shit.  This last time - gladius of salamanders - massed flamers.  It does a number on my dogs and screamers I am testing.  I can keep the Star alive - it is trying to keep up with the maelstrom.  That is the issue at hand.  Meh...

Next test for the weekend will be a massed MSU incursion list that I think might work.

I got 2 versions with differences based on the Warlord.

This one gets a close combat monster with the Lord of change - plus the ability to have some nifty warlord traits like +1 inv save to him and all the Tzeentch guys near.  Casting on a 3+, ignore first perils, etc.  I don't know if Paradox is needed - but I think there will be times I am just summoning that chariot over and over.  Will see.

Second one drops the LOC - gets Paradox on the herald and gets Fateweaver for some storm fixing and all the tzeentch spells again.  I get the feeling this one might be better - but will see.  Gonna test it and see how I like it.  I think I need to make sure to have good objective placement so I can stop pods from dropping too close etc.  Save me some future head ache.

Beyond that I might test this thing too - just to play the Kharn I painted up.

Figure this one might be ok - has a ton of bodies and a mean ole counter attack with Kharn putting the damage out as needed.  Plus so many bodies to control the board.  I need to use the scout to keep things at bay for sure.  This might be what I bring to test out real quick for fun.  Will see.

Ok lots of models and I call it a night. 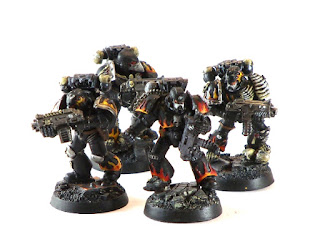 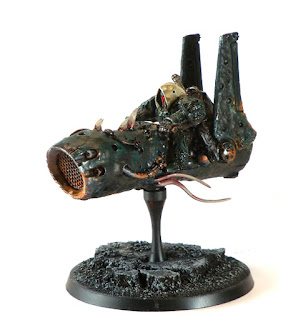 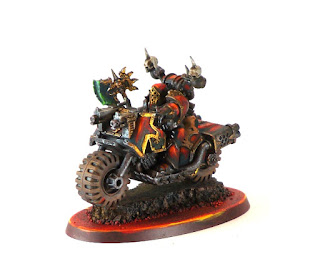 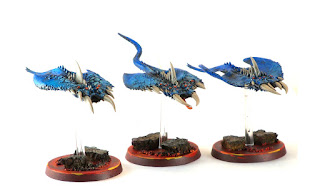 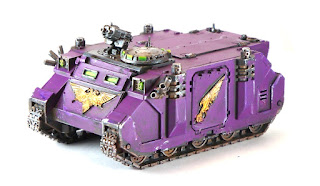 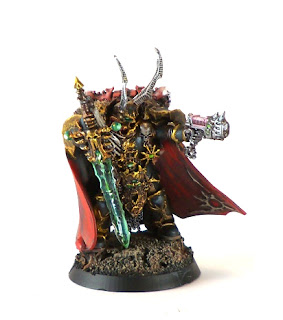 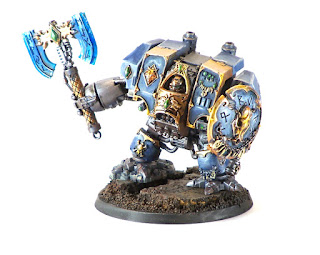 Posted by Thomas aka Goatboy at 8:15 PM No comments: 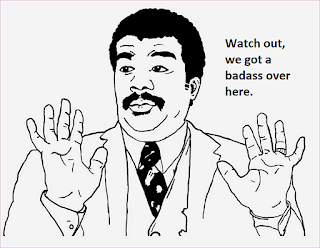 Woot - played in an event this past weekend in Bartlesville, OK.  I had a blast, won 5 games out of 6 and ended up getting 1st Overall.  Not to bad eh?  Matt Root had more points but was Best General with the highest Battle points and going 6-0.  But still - it kicked butt to "win" an event with paint/score/sports/etc.

Game 1 VS  Tyler and his Blood Angels force
Mission - Emperor's Will, Dawn of War, ITC Maelstrom (Hold 1, Hold 2, Scoring in Enemy, Destroy, Destroy, 3 and no enemy in deployment), Big Game Hunter, Linebreaker, Slay the Warlord
Tyler's army was a bunch of Blood Angels, Land Raider, Knight, Sang Priest, some tactical, Terminators, Storm Raven, and a terminator captain.  Overall my army was a bit much and I quickly overwhelmed him with psychics and big monsters getting close.  The MoK DP took out the Knight and that ended a lot of the threat.  I won this one 11-0.
MC Deaths - None!

Game 2 VS Chase with KDK/Cabal/Cypher combo
Mission - The Relic, Hammer and Anvil, ITC Maelstrom (Hold 1, Hold 2, Scoring in Enemy, Destroy, Destroy, 3 and no enemy in deployment), First Strike, Table Quarters, Slay the Warlord
Chase's army was a bit unconventional KDK dog star as it ran Sorcerers with Jump Packs.  He had a Lvl 4 caster with the one Black Legion Relic.  He almost got my Warlord when he scouted and pushed up and throw out a Pyromancy Nova.  I took a wound and the Warlord rolled a 10 on Leadership.  I called the power of Fateweaver and saved his butt.  From there Chase lost that important spell caster due to taking a Perils from the Nova and then dying to a dangerous terrain check.  The luck went south again for Chase when my Masque lived through 10 str 6+ shots to slow down his star for 3 turns.  I won this one 7-2.
MC Deaths - None!

Game 3 VS David with his Tau
Mission - Purge the Alien, Vanguard Strike, ITC Maelstrom (Hold 1, Hold 2, Hold 3, Scoring farther then 12", Have scoring within 12" of enemy deployment edge, 3 Scoring in your zone none in enemy), Slay the Warlord, King of the Hill, First Strike
David is a buddy and he stole the initiative on me.  He had a ton of Pathfinders, a Riptide, and a Ghostkeel formation.  Plus he had some other missiles coming at me.  Lucky for me - I rolled the shit roll on my DP's - every one had 4+ FNP and I got the +1 to my Inv save Warlord trait.  This mean my Khorne DP took half the armies shooting and only took a 1 and my Slaanesh one took 2 wounds.  From there I flew away from the Ghost Keels - took out some Pathfinders with lucky Shrieks and won the game - barely.  David ended up beating me by 1 point in the ITC rankings but I got more ITC points as I won more games initially.  I won 6-5 (Primary, Slay the Warlord, and Line breaker).
MC Deaths - Riptide for him - all my jerks were still alive.

Game 4 VS Lee and his Flying Tyrannies
Mission - The Scouring, Hammer and Anvil, ITC Maelstrom (Hold 1, Hold 2, Hold 3, Destroy, Destroy, Destroy), Big Game Hunter, Linebreaker, Slay the Warlord
Lee had a great 5 Tyrant army.  We set up to dance and I got lucky surviving some Shrieks from him and then taking out some Tyrants with Enfeeble and the Dildo prince.  I took out a few with some rough vector strikes as well.  I ended up killing all but some spore minds and a Mawloc on the other side.  He killed the Nurgle Prince in the end to take Big Game hunter as all my monsters are expensive jerks.  I won 10-2.
MC Deaths - Fateweaver - Turn 2! and Nurgle DP.  5 Tyrants, the other flyer thing from Nids, and a Mawloc

Game 5 VS Cody and his Daemonic Incursion based Tzeentch
Mission - Big Guns Never Tire, Vanguard Strike, ITC Maelstrom (Hold 1 in Enemy, Hold 2 in Enemy, Hold 1 in your zone, Hold 2 in your zone, Destroy, Destroy), Ground Control, Linebreaker, Slay the Warlord
Cody had a ton of daemons, Fate, DP, and Belakor.  He took the Tzeentch core, some furies and then all the big stuff.  He had more psychic dice, better ground control and I was not very lucky with my own Maelstrom rolls.  This meant I was down by turn 2 even though I had killed the DP and Belakor by then.  I ended up killing Fateweaver too but he had 2 objectives on lock down and I was stuck trying to catch up.  Awesome game - great guy, and it was nice playing 2 really well done armies versus each other.  I lost 5-8.
MC Deaths - His Fate, DP of Tzeentch with Robe (griming your enemy is great), Bel'akor

Game 6 VS Andrew and his GK with IG formation
Mission - Crusade, Dawn of War, ITC Maelstrom (Hold 1, Hold 2, Destroy, Destroy, Scoring in enemy zone, 3 in your own zone)
Andrew had 3 DK, some artillery and a Void Shield.  I won the roll to go first, he didn't seize and I got in the air.  By that time he couldn't do much to me and I flew around and blew things up when I got within the Void Shield bubble.  I had more psychic dice and Andrew just had crap luck.  He threw 7 dice for Cleansing flame - didn't pass it at all.  He tried it a few more times and I stopped it then - but never threw a perils from it.  I just flew around and ground him out.  The 3 DK were still alive at the end of the game versus rough MC's that would punt them as soon as they landed.  I ended up winning this game and finished the event 5-1.  I won 8-3.

There was a bit of a mix up in the points at the end and I was told after the event I was actually 2nd overall in scores and thus First Overall as Matt Root took home Best General.  Something like that - either way I was on the podium and I did well for once in an event.  I had a great time - played rad people and will plan on coming back again.  Jason threw a great event and I am very happy to have gotten a chance to play in it.

If I had to change anything in my list - I would have dropped some Nurglings for some Pink Horrors. One squad would have given me a summoning group an I could have just thrown dice to maybe make a Blood Thirster or two.

Paint List
Lots of Marines... good guys and bad guys.  Plus a BOLS article.  Hopefully more after this weekend with pics and stuff.

Some models and other stuff. 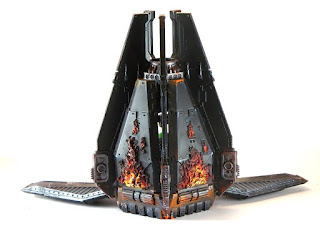 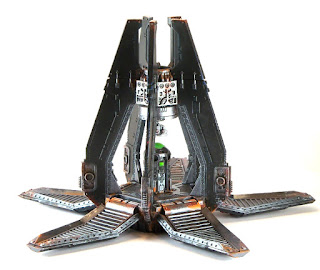 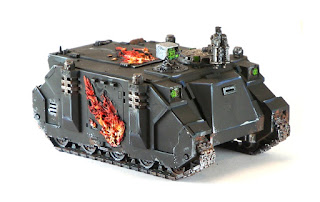 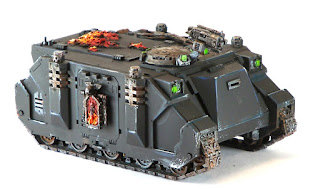 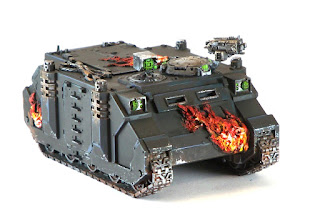 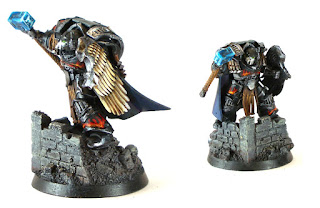 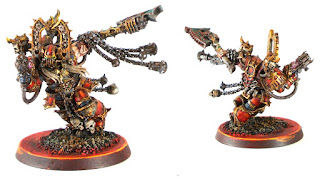 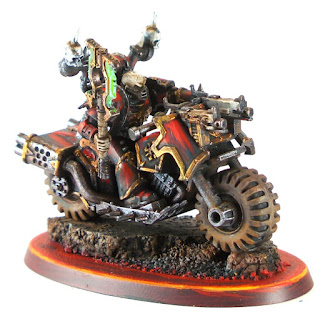 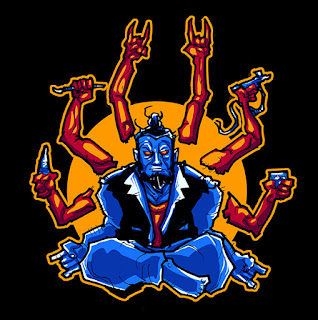 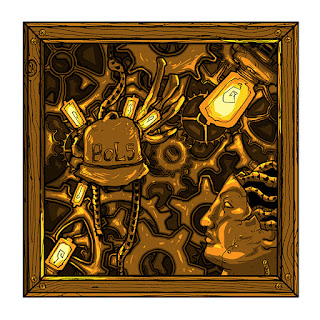 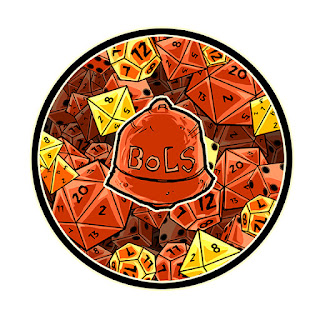 Posted by Thomas aka Goatboy at 4:34 AM 3 comments: