Wow this is late - 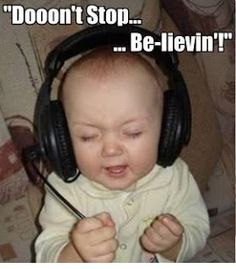 I had 2 weeks of family stuff that kept me from posting.  I did do work - so that was good at least.  So with that - lets do a paint list - its a doozy now.

Me
Art and stuffs Some Adepticon Army shirt drawings to do - should be fun some buddies and it is gasp - more marines but pre heresy so yay!
Article for Bols for the next week
Maybe start more of the Word Bearers Wulfen thing - lists about it.

Mike K
More Space Sharks... Lord who would have thought I was going to paint some - part of the LVO bet between me, Alan PJ Pants, and Mike - whoever got the lowest, the best got to pick their army for the next year.  It wasn't me haha - woot!

Greg S
More Marines and a Knight and other things..

Brandon V
More LoTD marines - a big pile of them

Luis
IH marines after I knock out some necromunda stuff.

That is it for now - it is a bunch of huge lots and lots of Marine stuff.  Maybe I will get more of my Possessed Wulfen done - so will see.  If not it is playing the stuff I already have painted for me.

Trying to go to some events this year.  Doing some art for this event in Oklahoma.  It sounds like I can make it so that is bad ass.  Want to do ATC this year depending on how we get the team as well as BAO too.  I would hope will see.

It is a big fat foot army that can do some dumb tricks depending on what I roll on the Wulfen chart to start the game.  We shall see haha.  But you will see the models that will make up the Wulfen down below.

Ok - enough of that - lets do some models. 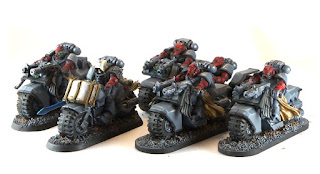 The Finish of Carl's Bikes! 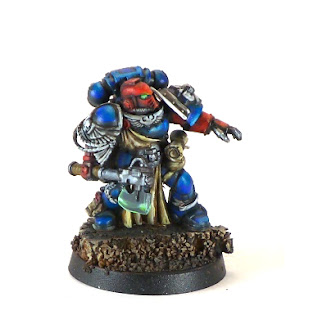 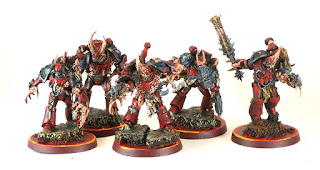 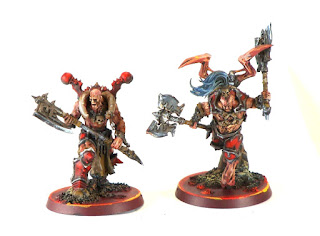 The start of the next pack of them. 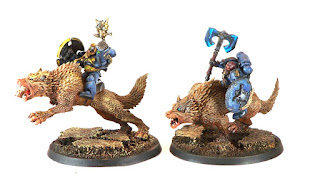 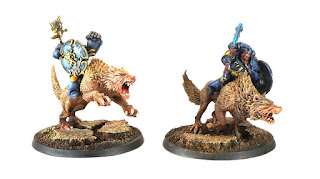 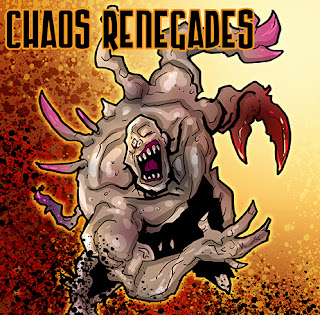 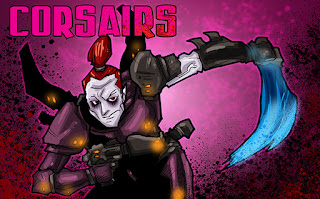 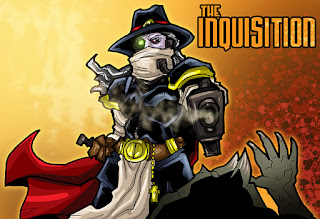 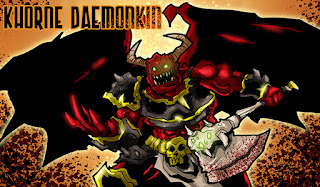 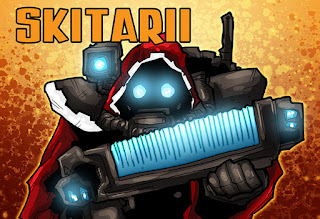 Posted by Thomas aka Goatboy at 8:31 PM 2 comments:

Stuff and stuff Oh crap I am going to LVO! 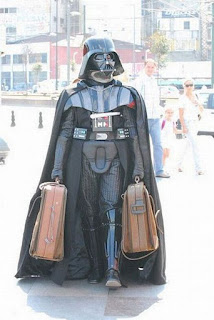 Woohoo - LVO is coming - means a break from painting a bit and then it is back on the horse.  Muahahahah!

Will do a paint list after I come back and do an LVO article - game reports, etc.  For those wondering - playing the following list.

1850 on the nose - and ready to do some damage to random armies.  I want to go 4-2 but will see.  I might be lucky to go 3-3.  Will see how it goes.  Will do the reports etc.  The knight would win match ups more - but it has bad match ups.  So no Knights for me for now.  I got a new Ork list I wrote up that uses the Big Mek and a ton of guys - so I think it might be good too.  Plus I want to do a KDK army, a 30k Word Bearers army, that then tweaks into a Wulfen thing as I will use the possessed from there as my cool as hell Wulfen - will write up lists when I get back.

So wish me look - check out the painted stuff and hope to see some friends at the LVO. 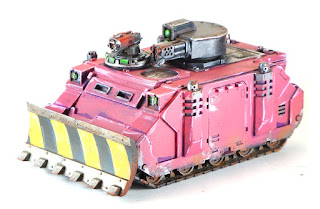 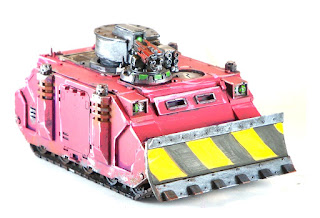 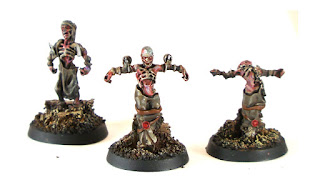 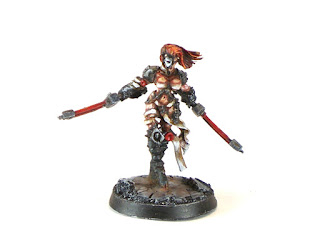 Posted by Thomas aka Goatboy at 2:34 PM 2 comments: