Been very busy - in fact I should probably be working on finishing some work right now.  I have a plethora of minis, art, and writing to do.  It never ends for he Goat.

LVO was fun - the tournament was meh.  I dropped after losing rd 4 to another daemon player.  The bane of my existence - not rolling for crap with maelstrom did me in.  Still was a fun game as the aussie player was a blast.  I had 3 good games before that - with one getting my revenge on Allan from an Adepticon where he knocked me out of the first round of the finals.

Right now 40k is in a bit of a rough spot - if you don't play the good stuff you have a good chance to get run over.  The Psychic phase is too clunky with some of these armies running 20+ wc, casting well and having ways to generate more.  Free stuff is too much and everything doesn't feel very fair.  Ah well - it is life.  Will see what 8th brings to the game.

Ryan
More SW - got bikes and a unit of 5 guys primed to paint tonight.

Josh
9 more models from silver tower - acolytes are halfway done and then the big monster minotaur. Should be done with acolytes tonight and minotaur in a day or two.

Travis
More cryx - have to build them which makes me sad.

Luis
More Infinity - again have to build them which is hard.

That is it for now.  I knocked out the big art I had to do this weekend.  I have a new computer coming in which should help me with Photoshop pains.  Quad core monster due to having a decent work bonus/taxes/good year budgeting.  Fun stuff indeed.

Let's look at some dumb list ideas.  I like the idea of having an Immune psychic death star so thought of the following.

This is a bunch of dumb ideas rolled around into 2 big dumb units.  Will it work?  Who the heck knows.  All I know is it will move up, grind you out and hopefully murder things.  You get 2 Hit and Run options - one has shrouded to the unit and the other has a lot of "throw" away wounds as needed.  It should punch pretty rough with tones of AP 2 ini 5+ hits and other options.  Plus it turns off all those pesky powers the other stars like to throw around.  I think it would love to chew on some doggies for sure.  It still won't be good but it is goofy to write about.

Alright some models and calling it a day as I try to finish the acolytes. 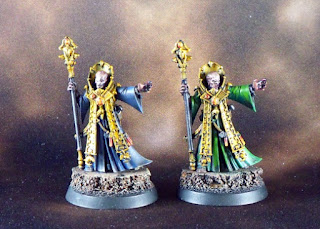 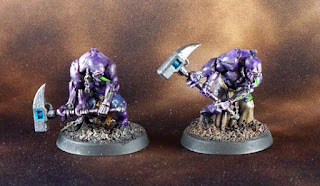 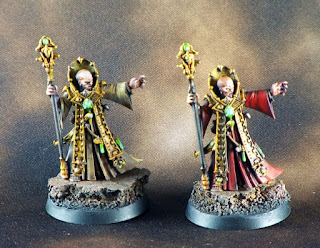 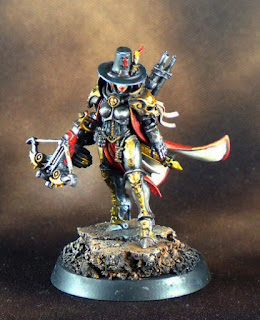 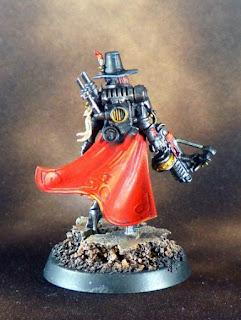 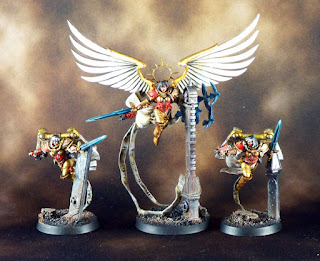 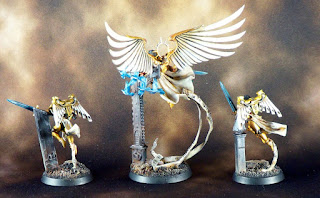 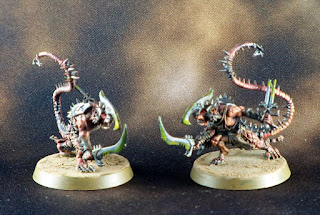 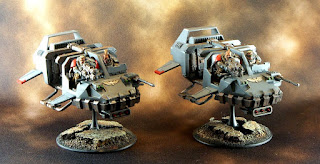 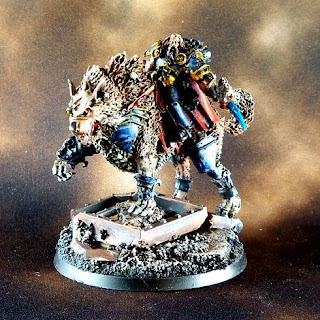 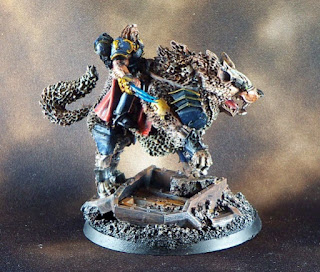 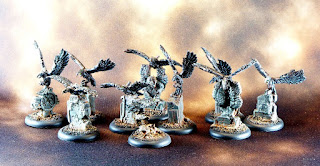 Experimenting with new background and camera - still testing them out. 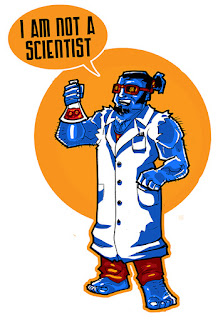 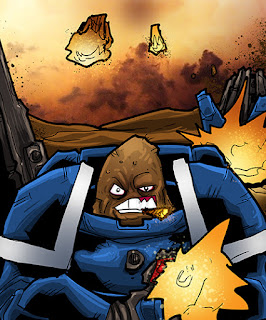 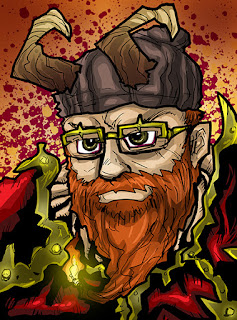 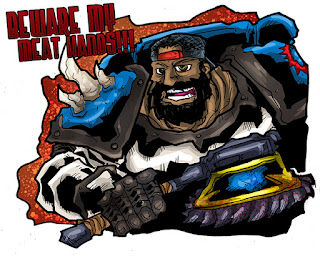 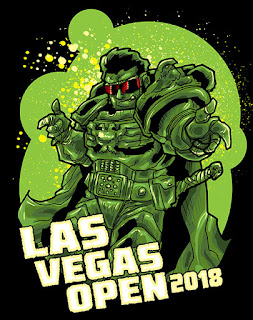 Lots of art done too - even new LVO art.

Posted by Thomas aka Goatboy at 8:52 AM No comments: