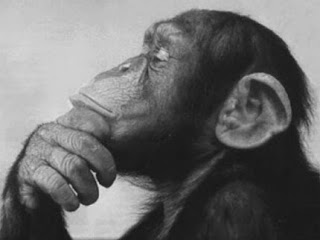 Been a fun week too - wife lost her grandma - work has been full of what ifs and where I might move to change a position.  Fun stuff like that.  But I keep chugging along with some artwork and minis.  I got LVO coming in a few days - I suspect I will go 4-2 with my KDK death star list I talk about on Monday at BOLS.  Besides that I am preparing an AOS army based off of Tzeentch.  It should be fun and the games I have played have been a heck of a lot more enjoyable then some of the nonsense 40k throws at me.  It leaves me with high hopes for 8th edition for sure.

I went with a KDK death star list as it means less summoning and a bit more board presence.  I know the table are going to be full of crappy brimstone conversions and other nonsense.  It does make me wish I figured out a good way to bring the Grotti along as he could just make units disappear with his stinky booty.  Oh well.

I know I will finish this Death Guard army as Mortarion is coming most likely and I just need to get some more Rhinos.  I found all my converted Autocannon havoks so I might just repaint them white to match and have me off to the races.  It will look neat and most likely play for fun.  I think that is most likely how I will play most 40k in the coming months.  Will see.

Alright enough of this - next time will be an LVO battle report - most likely with me ending my time watching AOS and trying to get on their live cast. 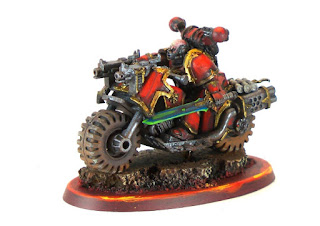 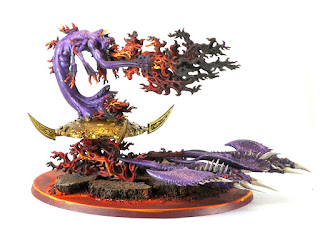 3rd Chariot of Tzeentch - bah summoning is so annoying. 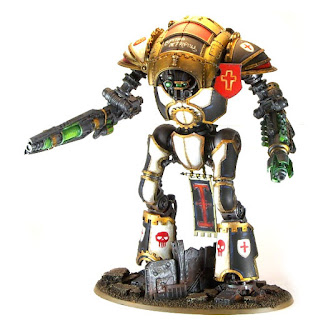 He is coming for ya - arms are magnetized for ease of play. 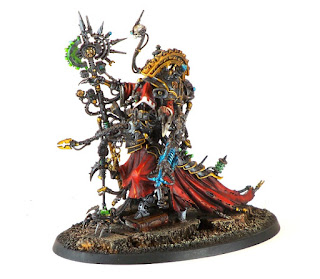 This guy wasn't hard to build - a pain to build.  Removed the tiny back skull floating thing cuz that broke as I built it and I broke it again awhile painting it.  Paint it in at least 3 parts - body, arm and fat bootie. 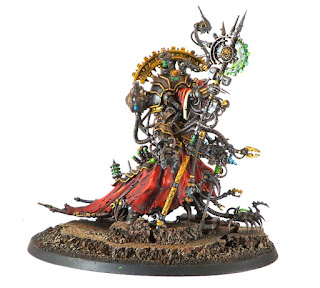 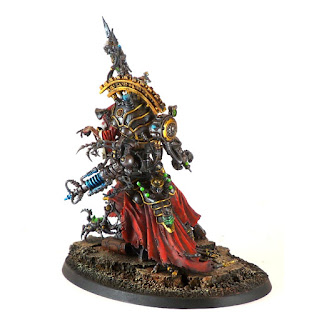 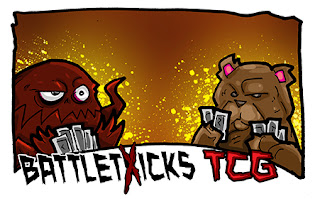 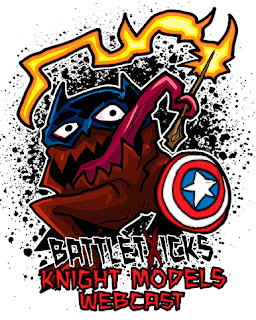 Posted by Thomas aka Goatboy at 5:52 PM 2 comments: A bit of a fast one.  Last week lost the brother so the painting I have been doing has been more personal to help me break through this sad time.  Hopefully the next post will have more customer stuff as I knock those things out the park.  With that - lets do the paint list and then my current LVO list.

Me
Burning Chariot 2 - it is built, magnetized and I need to do another one
Pick the 4 Daemon princes I want to take and clean them up -
Work on Death Guard - 3 bikes, 2 rhinos, another character
BOLS article on the Cadia book
Dream about the Tzeentch stuff in the new AOS book

Small, basic - has decent WC to summon and I can throw out chariots all game.  Will see what kind of spells I go for with the DPs - but I have access to have things that hurt the Tetrad.  Good times.

Next list is my current Death Guard Build - it is almost done too.

The question I ask - would a second lord be better over another MoN Sorcerer?  I can get up to -3 T with this set up which isn't too bad.  Bah - this is what I am currently building towards so will see.  It looks fun.

Ok onto some models before I finish building some Space Wolves. 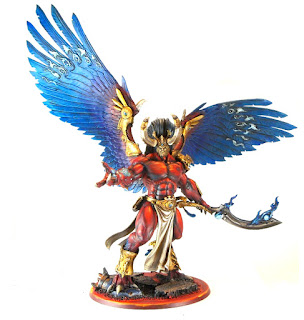 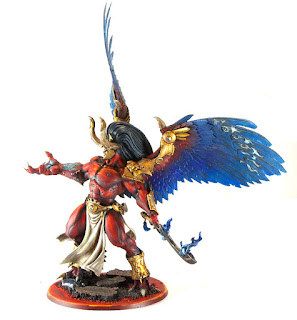 Didn't want his booby armor - so big man chest it is. 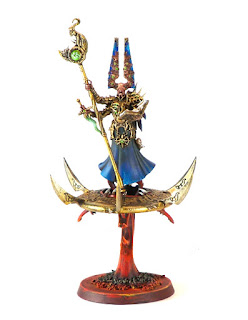 Had this guy for awhile - he will be exalted sorc or new AOS guy - woot woot. 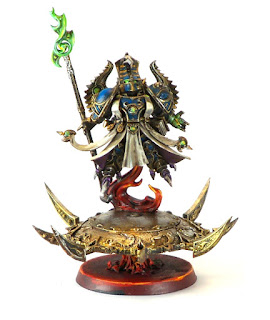 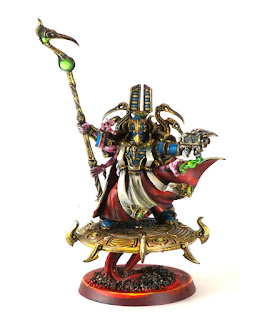 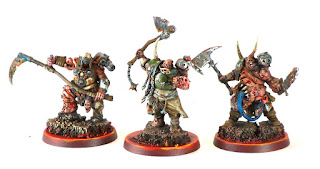 Counts as Terminators for Death Guard 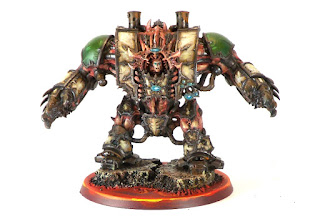 Posted by Thomas aka Goatboy at 6:33 PM No comments: