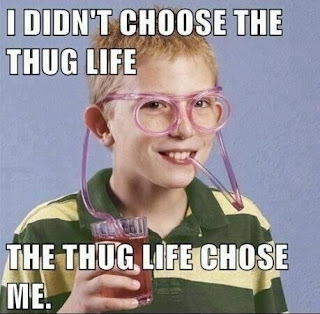 But I still keep painting and doing art.  I guess people like it... It never seems to end muahahah.

Alright - this is a quick what I am working on post.  I have a ton of models to knock out and I am almost done with a few commissions.  The end is drawing near so yay!  Let's get the paint/work list I have to do then the models.

Luis
Iron Hand shield guys when I find them

Lance
Chaos Dwarf stuff - next 2 days should be build days so hopefully I can build one or two once I find the right bases in all my stuff.

This week has me doing a ton of job interviews for 2 different promotions I am going for.  So far I am still in the hunt with interviews planned as I move up the interview gauntlet.  I bought 2 suits to make myself look a bit better for interviews.  Bad on the wallet but I figured it is about time I got some in my long 38 years of being a nerd boy.  I feel confident so will see.

Beyond that - I got my list mostly locked for ATC.  I don't expect to change it and the last evil knight was done so it is fully finished right now.  It should be fun and I hope to get a game in this weekend against a buddy that has been wanting to throw down.

Its a basic Murder horde plus 2 very shooty knights to round it out.  I think Karnak will give me some play vs some stars as they try to cast spells as well as 48 bullets getting thrown out from the Knights - will see.

I can't help but wonder if there is a Space Wolf Dreadnought army out there with some shield guys, Iron priests to fix em up.  Its a thought haha. 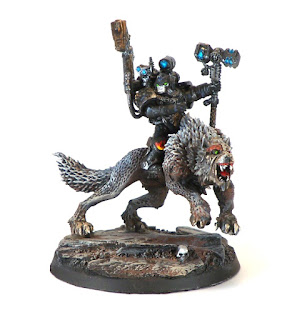 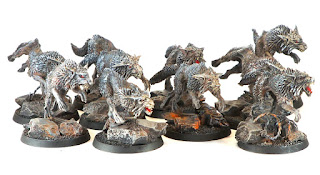 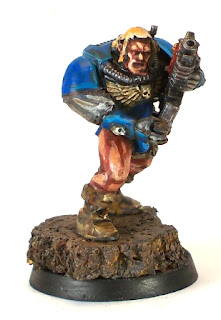 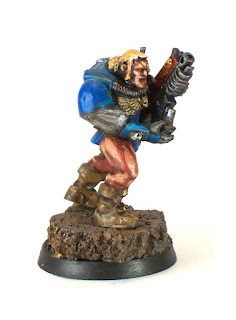 So Frankie would always borrow Reece's mullet'd scout - and I thought heck Frankie needed one - so thus the Brock was born.

More Chaos Dwarves - up next are some cannons. 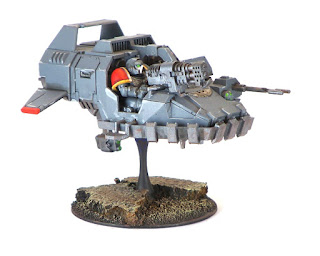 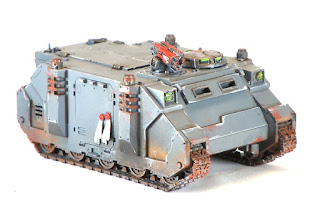 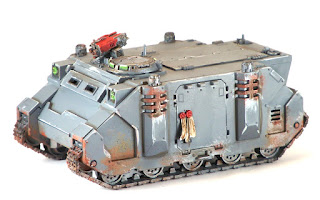 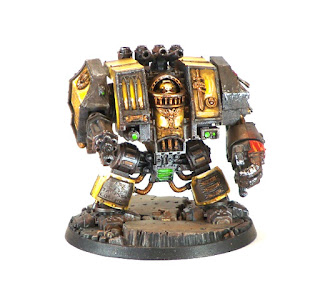 Finishing off this Space Shark commission 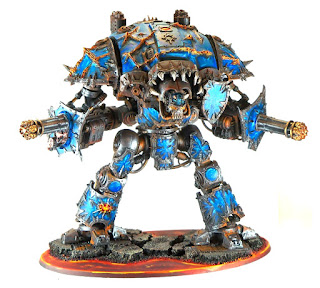 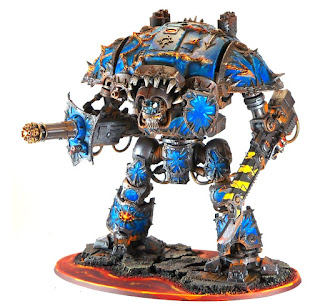 My Second Evil Knight - a Blue one so I could say it is MoT if I wanted too. 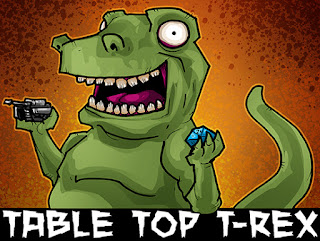 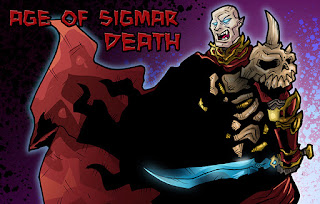 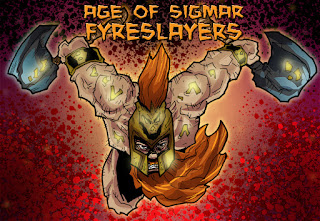 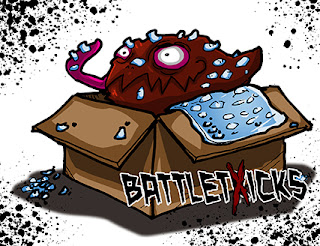 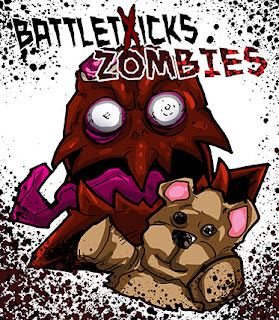 Posted by Thomas aka Goatboy at 8:36 PM No comments: 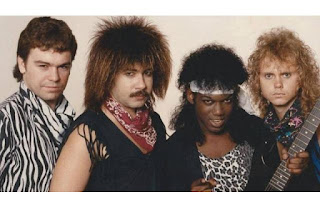 Quick model post update - got a ton of work to do too.  But that is my life haha.

Me
Chaos Knight #2 - probably go with a Blue with Orange cracks.  I have another set of resin pieces for a 3 - but really I just want 2 right now.  Maybe I will do my Ork Knights... hrm...
BOLS article - I am out this weekend so I need to write one up before hand.
Illustration for Store front - started working on it woot.

Bryce
Fellblade is soaking - going to pull all the water/soap stuff out and let dry for a build most likely after the weekend. Matching the Chaos Fire Raptor from last post.

Got a fun weekend with some of my buddies to test out lists.  Gonna bring 4 or so to at least try out.  The Draft FAQ has me thinking the Trip Lance super Power up team might be good.  The Ignore LOS/Cover power on a squad of Knights seems pretty spicy.  But here are the BS lists to look at.

This the list I will most likely play for ATC.  It just does everything I need it to do - plus let me roll 24 shots when I shoot a knight. And you can see - I made at least one Knight for this already haha.

This is the Tetrad with some fun to stop other Death Stars and things.  I don't know how good it is - but it feels great - especially since the masque can slow down Storm Surges too.  I think the Dual Knight list is just overall better for ATC stuff and ITC in general.  But hey - always good to have a Tetrad you can test with.

Thought is to roll for Invis and other power up spells.  From there get involved into things and shoot as much as you can.  The Ignore Cover power seems strong as does if you let it do both block LOS as well.  So many of the guns have long ranges so it might work. 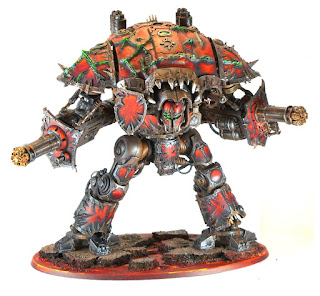 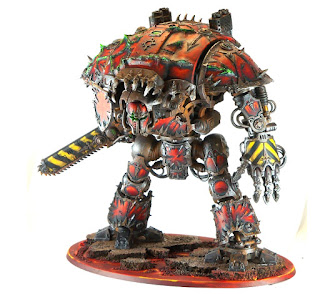 Knight with magnetized shoulders - I didn't do the other weapons as I have them from other Knights that can somewhat match.  I wanted to do the guns as a thought from some Conversions I have seen.  Plus it just shoots a lot and has a nice heavy flamer set up. 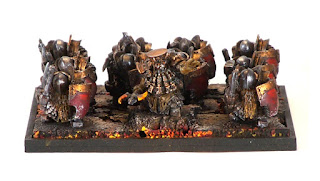 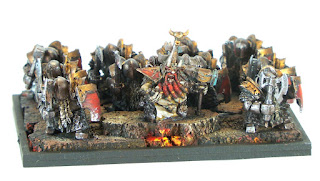 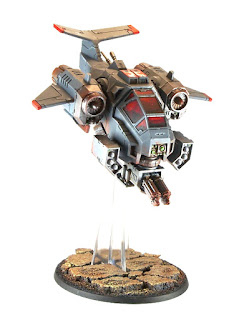 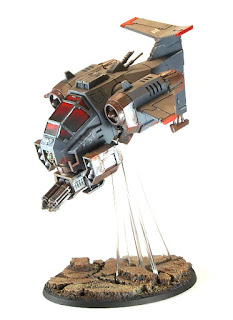 Small tweaks for color with adding some yellow but these guys were done. 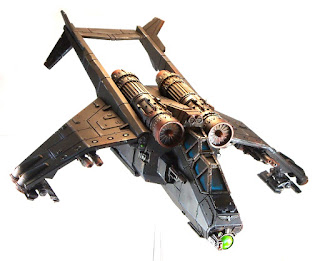 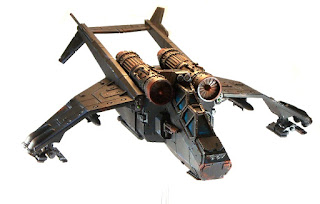 Speed paint of some flyers.  Will end up adding more later to match the Deadpool army more.

Posted by Thomas aka Goatboy at 12:38 PM No comments: