Hopefully I will get a game on Thursday.  My wife has to work late and the Campaign is on a bit of a break so that means the Demons are going to come out.  Here is the list I plan on throwing down with - it has all painted models so it will be a big random.

This should be painted and if I get lucky I can use it in a battle report.  I just want to try some things that are painted and see how they go.  Monday's Article is about the monster mash style lists I want to throw out and seeing what might work points wise.  Still the Daemon book is very very interesting.

Currently I am in the middle of my paint list and have some art and other bits to do over the next few days.  The weekend is looking to be planned out with games and other nonsense.  The Wife went through a root canal today so I am glad my taxes worked out well enough to cover it and leave me and her some spending money.  Woohoo!

I should lock in my Adepitcon list in 2 weeks to start painting it up and the team event stuff plus Wargames Con charity army and client stuff.  I just never stop hahaha. 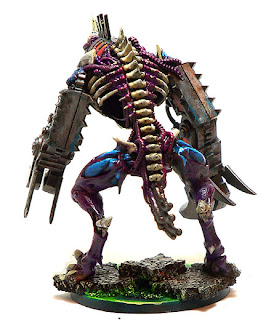 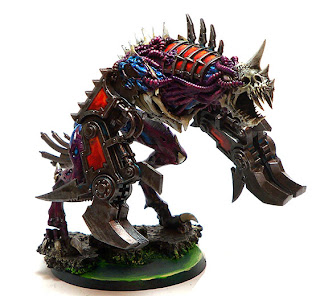 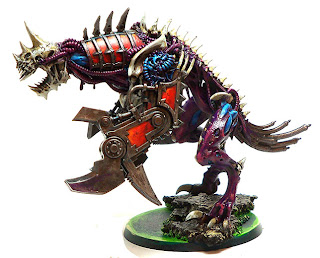 New customer Greater Demon for myself.  Keeper of Secrets and out of lots of random bits after the crazy Dragon I did.  Woohhoo for reusing stuff!  Bits - Maulerfiend, Soul Grinder Claws, Vampire Dragon bits, Green stuff and hate! 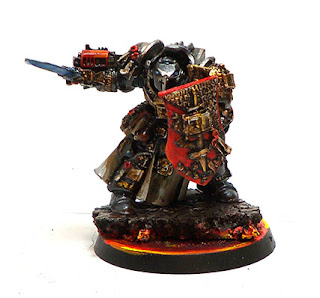 More GK - a Draigo - more to come later on this week too.

Posted by Thomas aka Goatboy at 1:44 PM

Love the greater daemon Thomas! Nice use of the cables too!

You play lots of really evil armies ! That's one reason why I love ya bro !!

That Greater Daemon is disgustingly awesome!!!

What are the legs on the greater daemon?

A battlereport would be amazing for the daemon/CSM army you posted. Let us know how it worked out!