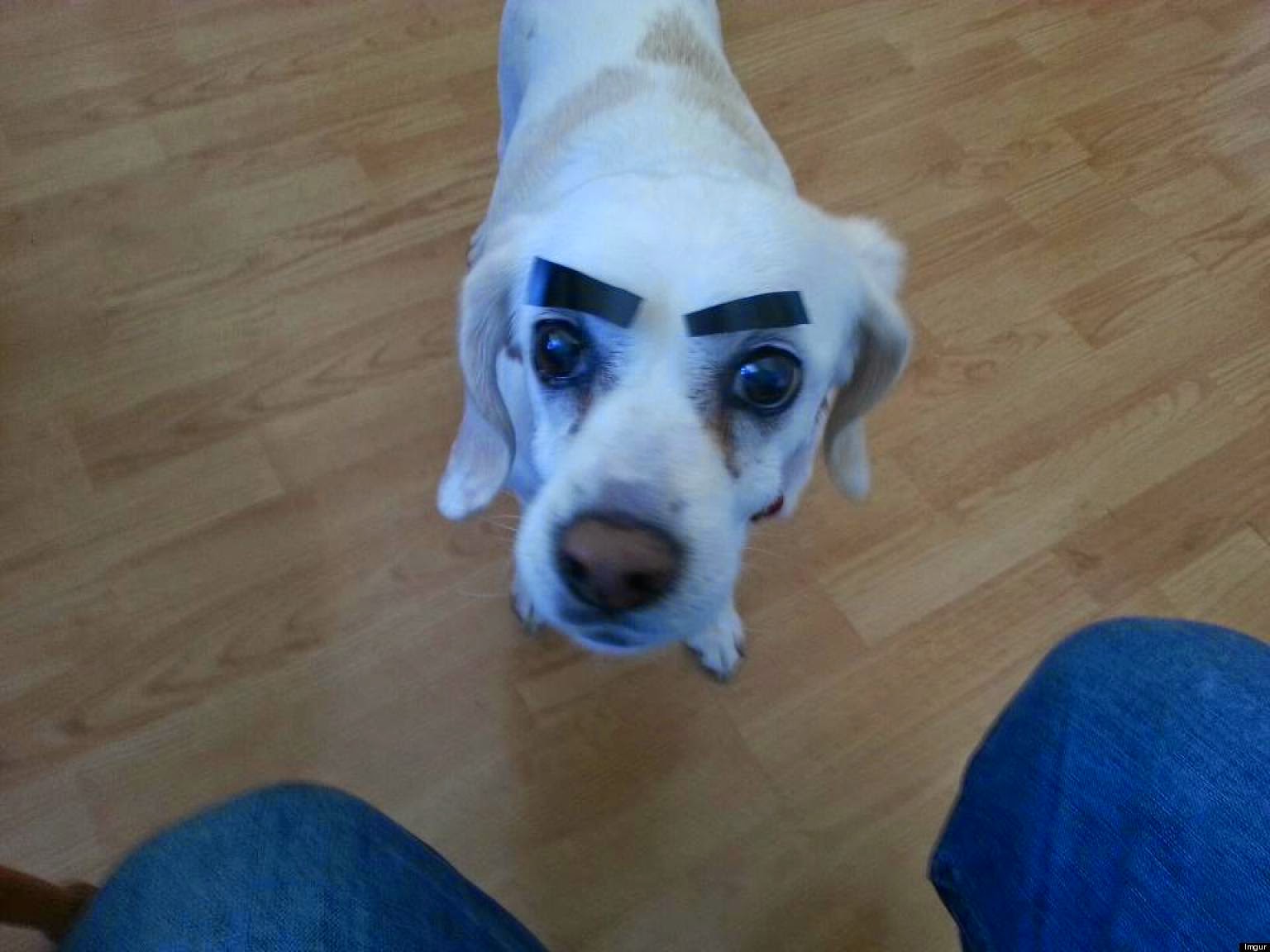 I didn't get in till Monday from ATC - then friends were in town so I didn't have time to get work done.  I feel bad if I don't post models soo... But I got a lot done on Sunday so I feel better about posting.

Right now I have too much commission stuff to get started on my Orks.  I might do a new Warboss for the Greentide later this week as a "yay you got stuff done" gift for me.  The list I posted on BOLS is what I plan on playing first.  I need to figure out how to get war buggies from those Killa Kans :).  I really like the idea of the grot tanks from FW so I might end up finding a way to get them.  I got issues haha.

Oh - I am not making Nova this year.  Wife isn't feeling the best and doesn't want me leaving as the baby time gets closer.  So I decided to keep her happy as she is pregnant.  Plus as Nova is on my anniversary it was a double anger time for me haha.  I will take my wife to the beach as it is fairly easy on her.  Man the baby is moving a ton too.  Woohoo!

Look for some art later on this week.  I got some things brewing that need to have time to settle on the page.  My normal work has been busy each day where I don't have a ton of time to doodle on paper.  Fun times for sure!  I got a Storm Claw/Reach/etc - I think I got a trade locally to get rid of the Space Wolf stuff for more Orks.  I need another set of Gretchin and more Nobz etc is never a bad thing for a hoarder like me.

Luis
Finish off the Assault Marines he has in a tray then more marines.

Anthony R
Finish off this Juggerlord - got the Maulerfiend done this morning.

Woohoo - lots to do.  Hope to knock out a few things tomorrow after work.  That is the plan anyway hah.

Saw this list at ATC from a buddy - it seems pretty interesting and I think it can do some bad things to people.

So Meph + Tycho + Draigo makes a goofy death unit that could ride in a Raven or just walk around the table.  The Pods are Objective Secured for each of the Death Company things - plus you have anti air with the Storm Raven and Anti Psyker too.  Plus you have a ton of casting dice as needed.

The super unit is Toughness 6 or 9 depending on if you roll Iron Arm on Mephiston.  The nutty thing is you do get screwed by Terminator armor as all the swords are AP 3.  Woohoo fun times.  Still it just looks goofy as all heck plus it is small and can be made to look so awesome with the small amount of models.  Too bad we will see a new BA book that might dump on this :(.  But still - it is an idea.

Alright - some models and I call it a night. 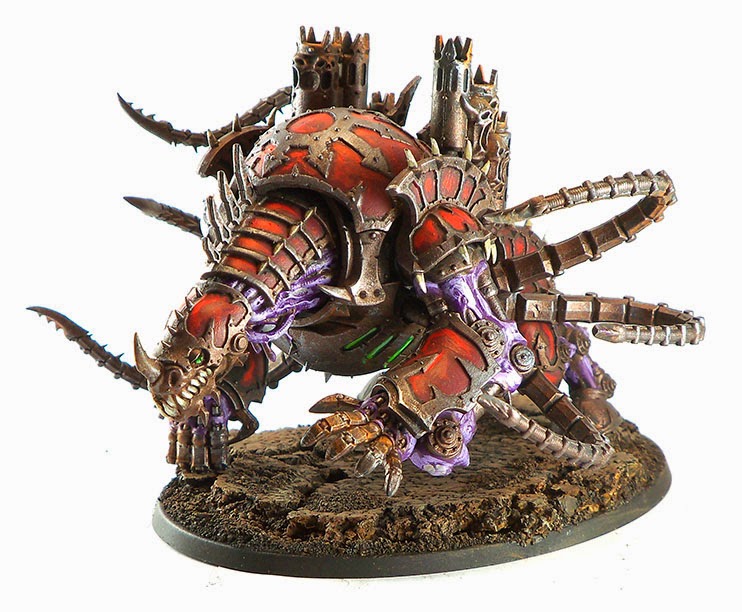 Mr. Bad Touch - his tongue was cut off - so I had to make teeth. 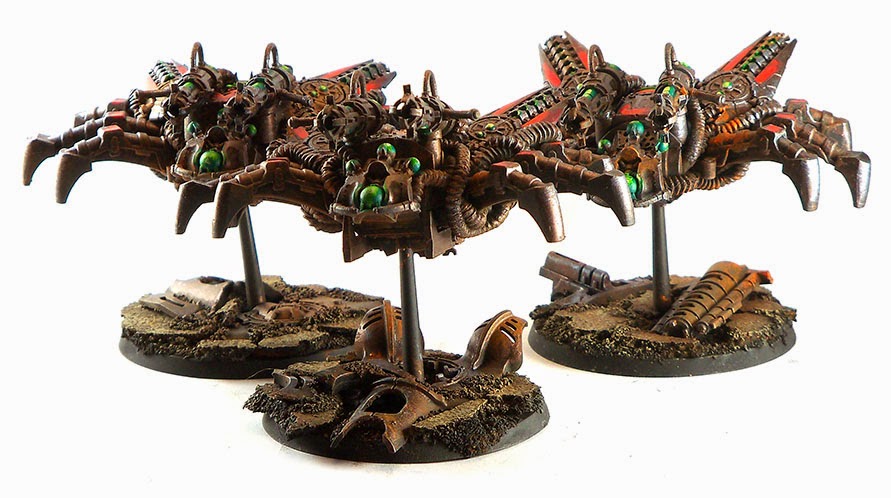 Necro Orks are coming back! 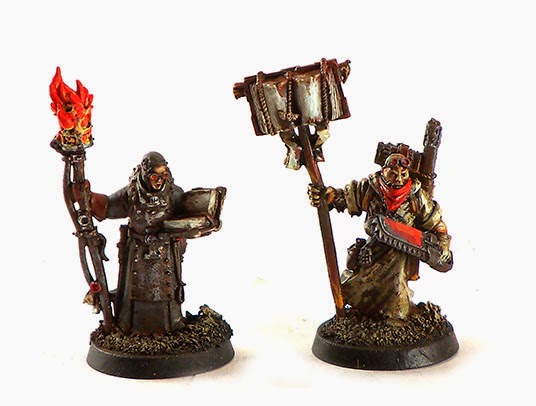 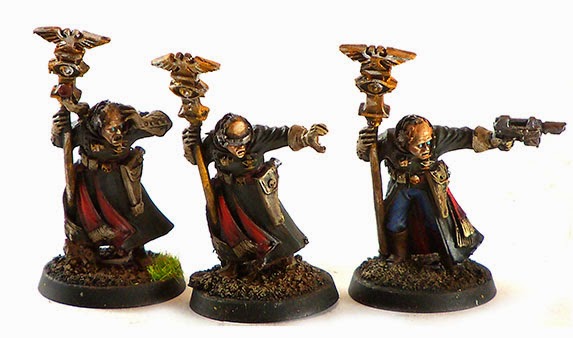 Finished some AM guys woohoo! 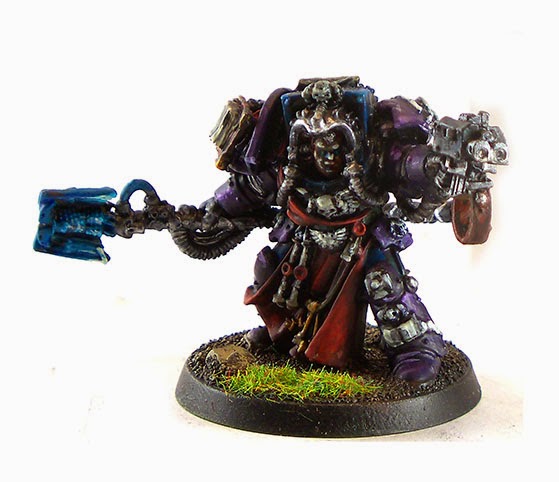 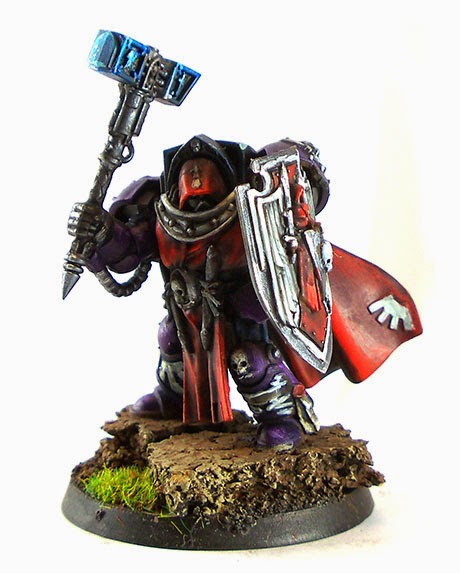 Posted by Thomas aka Goatboy at 9:30 PM

I love the Necro Orks man!