Some minis I have been painting

First, the first Eldar figure. The forces idea is that originally this strike force had an Avatar, but after fighting with a Slaneesh force, the avatar was consumed by a Greater Demon of Slaneesh. The Eldar force, in-tuned with the Avatar, rushed to go save it and is thus lost in the folds of the warp. Should be fun to paint up, but here is the first Banshee test as they are getting influenced and burned by Chaos. 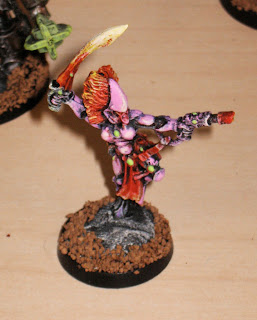 Next we have the new obliterators I have been working on. I don't like the metal ones for a few reasons.
1. I hate metal models
2. They look like they are all taking dumps on their bases
3. They cost way too much $ 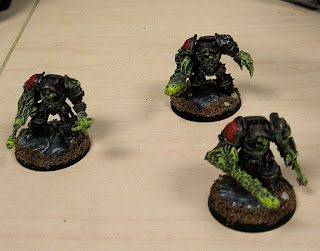 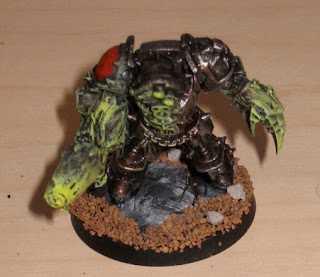 Posted by Thomas aka Goatboy at 2:57 PM

Thanks man. Yeah it is much cheaper to do it this way heh.