Played one game with the Grey Knights so far - it will be up on the BOLS Batrep. I won 9 kill points to 8. I think I only rended twice and it was against SS/TH termies. I did kill them though so good job for the mind bullets haha. List is below and it is what I will be taking to the Alamo in two weeks. It is all painted and hopefully I will get a full army picture sometime next week.

The next tweak is adding in a Inquisitor/Coteaz and some Henchmen. I am working on a test Rogue Psyker so will see if it works out and I can show a picture later on in the week. I will also be looking at some random DreadKnight Builds as well as Paladins and whatever else I think about. I got another box of Termies that I plan on building 4 Sword guys and 1 Ninja Turtle Staff. Just to give me the full range of testing. This is probably going to be my last full army as it is small and I can build every option pretty easily. Unlike the Goats I don't have to build nearly as many models. I think one more Strike Squad build out - 5 guys bare bones is probably needed in case I find Warpquake worth it. And probably a Storm Raven or two.

I did ok paint wise last week. I saw the finish of my Grey Knights as well as the Blood Ravens army. Check out the main site for the full update coming soon. I hope to get another game or two in on Thursday and then of course throw down at the team local tournament with Bushido and his Death Wing. I will be dropping the termies as it is a 1500 pt per side event and that will give me a nice batch of meaty Grey Knights to throw at you.

Clients
Bile Drone # 2 - Built!
Clean and build FW Plague Marines - Waiting to be cleaned
Ork Bomba - Got the wire I need to finish it up. Woohoo! - Will be Built!
Khador Super Big Cart thingie for Big Red - DONE!
Khador Horse Guy - Built and Primed
10 more Necromunda - Done today!
10 more Necromunda - 30 something left!
Ork Nob Biker Squad - in a box waiting to be built for a client
And shipping out stuff for the Heroes and starting an Ork Boyz + Trukk squad.
Art for the Duke
Plastic Dudesmen - Do more stuff from Wyatt and look at some other things

Not a crazy week but still a good one in general. Lots of small groups which is always good for me.

I will have a full report of the Team Event come next week as well as my Thursday games and the nonsense I try to do. Crowe sucked it up failing 2 4+ saves with a reroll, getting through a hood for his take you out mind spell, and then rolling a 1 to hit the Librarian. This week he will do better damnit as I won't roll bad. I swear!

I also wrote my ATC list which will be a Space Goats list. One of my teammates wanted to play Grey Knights so I am stuck - playing the Goats :). Here is the current build thoughts.

2000 pts and I think I might need to make one or two goats for it. Depending on how many Wolf Guard I have lying around. Either way I think it is a nice overall list that should let me take on whatever I feel like and have the tools to hurt things as needed. Plus it lets me play with Lenny - the Super Goat Lord!!! And look internet - only one Razorback and 10 Long Fangs. Crazy!

I finally drew on my bag. I will have pens when I go to the Alamo and the ATC so if you are around and want something give me a shout. It isn't free but I am easily bribed. 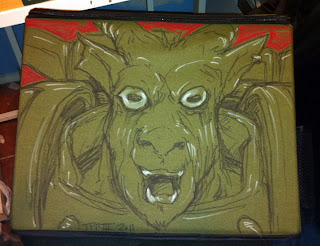 Some models - painted even! 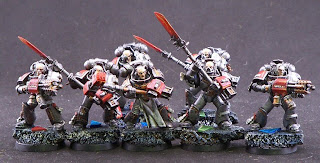 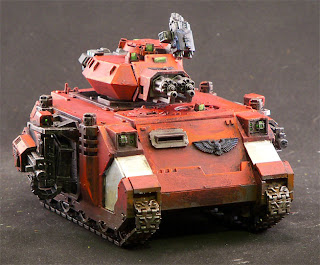 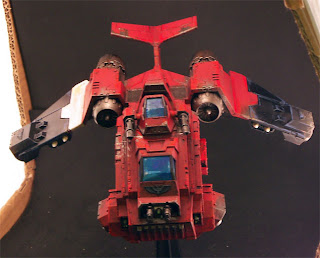 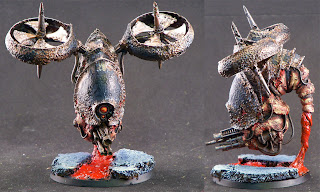 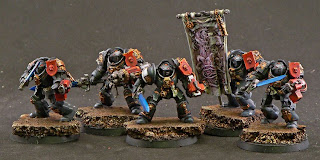 Posted by Thomas aka Goatboy at 2:17 PM

That drone turned out great.

Creepy and Gross - got his bro built today too.

I love the bright red on the Nemesis force halberds - quite striking!