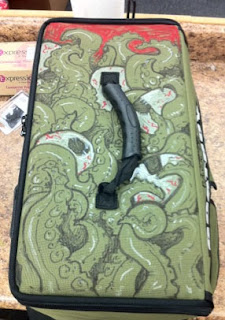 I had a great time hanging out with Rob from Spikey Bits at his store FTW Games this past weekend. I got to draw on a lot of bags, play some 40k, and even through down with some Magic cards. All in all it was a blast and hopefully I can get back there again sometime. A big shout out to Jeremiah from Stony Point Refugees who gave me a good game as well as made me want to make it out to their big cook out.

So all in all an awesome time. The store is really nice and their community there is pretty awesome. Rob has a ton of different mini options as well as just a ton of stuff that keeps your gamer soul happy.

I am slowly working on getting back up to Mini painting speed. I got some more stuff to do for the Heroes of Armageddon and then I am finally back into commission land with some upcoming Malifaux as well as some more orks and marines. That is my plan.

Michael S
Bomba - want to paint this bastard this weekend as I am on both Saturday and Sunday at the office. Woohoo!

Myself
Dreadknight - I want to build this guy - will see.

So that is the list so far - next week I have some Marines creeping in with the Orks. It should be a lot of fun. I am currently no longer going out anywhere for the next few weeks so the updates should be more consistent. I got a new Grey Knight list I want to test out as well as some other things that are floating in my head. I got some new DE stuff that I want to do too. I got most of the pieces for the army (foot based portal nonsense) so will see if it ends up working.

Now to some minis that I painted up. 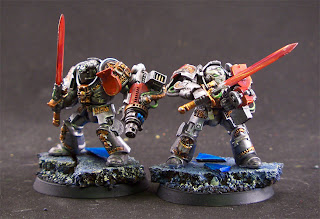 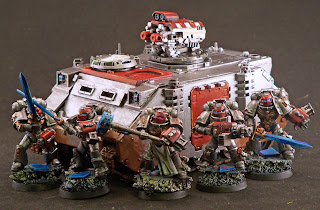 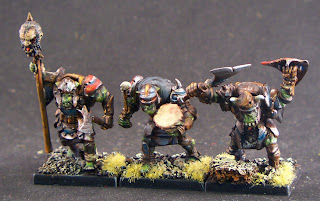 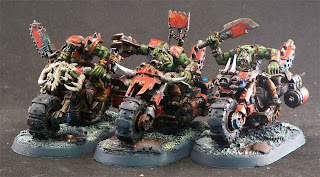 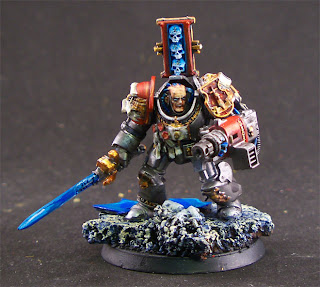 And the bags I did. 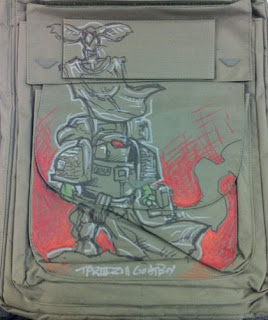 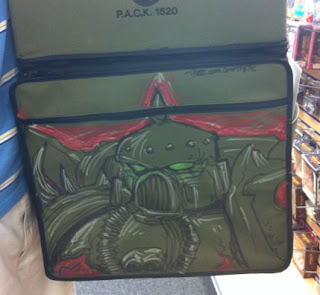 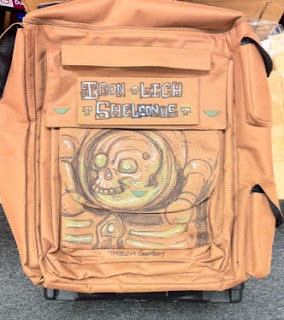 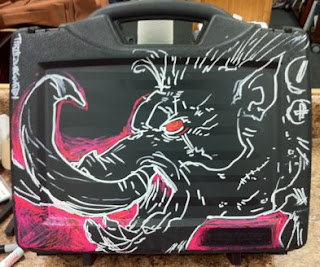 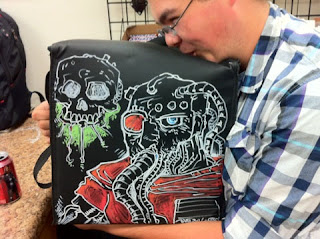 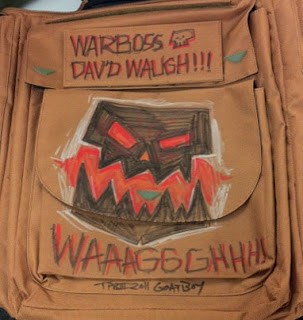 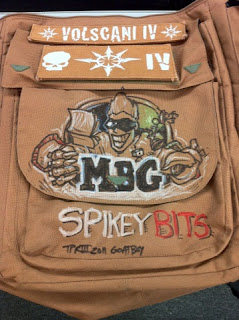 Alright that is it for now - lists later on this week.
Posted by Thomas aka Goatboy at 10:57 AM

Hey man! It was great to meet you! Glad you had a great time in VA.

hhhhoooowww do you paint that much in so little time!??!?!

I am a machine haha.

And it was great meeting you - and all your 200 ponies haha.

You're an amazing artist my friend !! You should open a tattoo parlor !!

Man wish I could have been there to get a rematch and do a magic draft with you. I got to get a BF bag to have you do some chaos drawings on it. All your bag art looks awesome.

Hey man, it was good meeting you down at FTW's wish I coulda gotten a bag painted but couldnt afford one yet. If you are coming to the cookout I may have to employ your services as the money will be mine then!

PS: That tatoo on your army is totally an octopus. I see no cthuluh.

Whenst Next we meet, I will be having you do some bagwork for me. Prepare yourself.