Goatboy - I am back from the Boyz 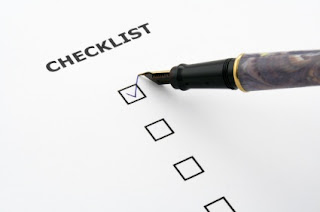 A big ole batrep will pop up on Bols later this week. For those wanting to know, I got 3rd Best General (Comp + Battle Points) and 7th overall. So all in all a good showing for the goats. I went 4-1 with my only loss to Ben Mohile. I hope I spelt that right :). Either way it was a fun time.

So now that I am back - lets first write up my list of what I want to paint this week. My schedule changes on Friday and I finally get Thursdays off again to shake off the Casual Player garb and get back to constant jerk face Goatboy heh.

It is a kinda short week - but most likely other stuff will fall into this slot as I get these above things done. I have a bunch of commissions all swirling around as I get ready to pluck and finish them day to day.

Now here is my changed list for the Space Goats Bikers of Doom build. I think it is a fixed version of what I played at the Boyz and will give a lot of armies a bit of trouble.

So that is the thought. I would get a lot more shooting power and have a Move and Fire Long Fang squad that can dish out pain if something gets near and they need to Plasma up. I am also coming at you to do some damage and should have enough shooting power to do something as needed.

I really like the idea of the 6 Wolf Guard hoofing it around. I could drop a bike and see about getting all terminators in that squad as it would look pretty neat :). And hell at 150 extra points I could add Arjac with some moving stuff around and be like - eat hammer bitches!!!

But that is the thought. I am not sure about the Las/Plas but I figured I would try it out. I also have some new BA ideas - of course I have to wait for the Storm Raven to hit to really look at it, but they are thoughts that can create what I think will be the best options for BA right now. Will post them later this week with painted stuff. Same with more DE stuff that leans towards a foot sort of build. 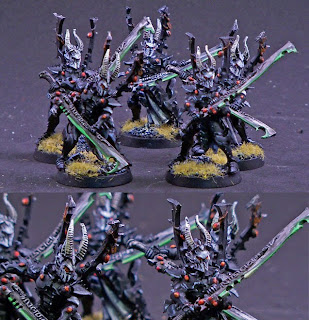 Posted by Thomas aka Goatboy at 2:55 PM

Good showing in Rochester with the Goats! We hope to see you in Sarasota this coming January bro .

Lol, I know something about my only loss coming from Ben Mohile. He's a good player. Just wish we hadn't had to play twice. I beat him the first time :-p

Was 3rd General good for any prize support? Congrats on the showing- I think I'd hate playing in such a heavily comp'ed event.

I got the new IG Leman Russ tank thingie - the one that can do the demolisher and other stuff. I wanted Dark Eldar :) but I guess a tank is pretty cool too :).

I like the new Dark eldar in the purple.
Goes good with green, reminds me of the Ninja Protoss in Starcraft 2

Maybe life will stop fucking with me so I can go to some events next year.

Well if you are in Dallas/FTW area you can come on down and hang with us in Austin.