Thursday! No game tonight - but game this weekend? 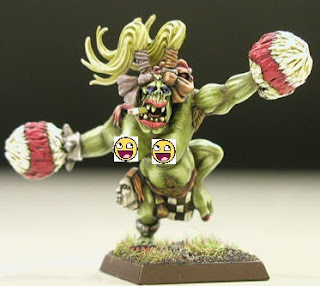 Will see. I want to see Resident Evil 5 to finish off the nonsense. I have seen all the others and need to just finish it off damnit. Beyond that I have been painting like a machine. I am chunking through some commission stuff and getting ready to get ahold of my Dark Vengeance. I have a Clients DV to do so you will see those models popping up. The Chosen are frigging awesome. I also did up some Tau stuff too. Plus I drew some things! I will post the Wargamescon V tshirt design. Everyone likes it so it will be a go team venture!

With Chaos having a chance to not be out in time I have to think of lists for Feast. It is a bit of a pain as I need to figure out if I want to add in Crons or just go full bore with the Orks and have a good time with a horde of nonsense. NONSENSE! Blargh it is a pain in the butt to think about. Ork Horde list that is right in my mind.

Basically I cover the board in Crap and hope to hold everything in the end. I have the Bikerz to zip around and try to kill things. They are small enough of a unit to hide a bit more from shooting. The Dakkajets act as my lootas as well. I was almost tempted to drop the Nobz in favor of a Weird Boy to just try for some nonsense but I don't think it is worth it. Still I am close to having this army (need to make another blob of boyz and a Dakkajet) so it isn't a terrible idea. I want to try out it out a bit and the cost to my wallet would be small.

I really want to make Necrons work - I just would need 200+ dollars to get it working and I really don't want to spend that with Chaos coming out. I might have to wait a bit and just sit on these Annihilation barges a bit longer. Oh well - I did get one painted hehe. I guess I can wait for Necron Wraith deals to slowly build out a Wraith wing for my armies. Or just continue playing Chaos and Orks hehe.

If cultists are going to be this cheap then I can see a lot of games having to deal with 90+ cultists lead by the jerk Dark Apostle guys and just gumming up the field as your Chaos Space Marines move around into nonsense land. Throw in some Daemon engines and call it a day. Will see if the book is as good as we want it to be. Mix that with Horus Heresy coming out and my wallet is eating it in the butt.

Let's see where I am at paint list wise.

So all in all I am doing good this week. Just machining through things and getting models done. Woohoo - its like I want to get paid or something haha. I think it has to do with having new things to paint instead of the normal stuff. After the DV for Luis gets done I am back to some Mordhiem for him, then some IG, and finally onto some marine stuff. Woohoo! I think Jens has some CSM stuff and GK counts as stuff too. And Chris has more Cryx stuff as well.

Ok enough of that - some models to look at right? 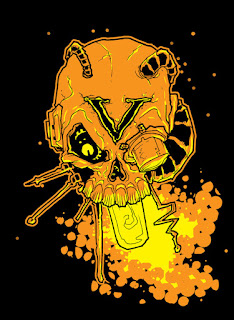 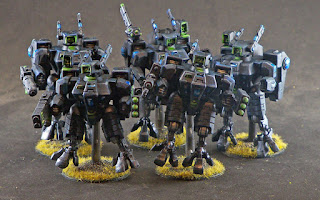 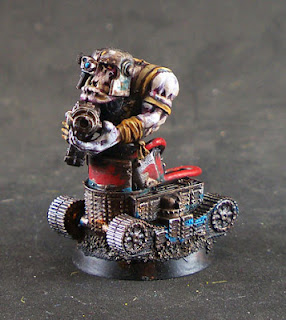 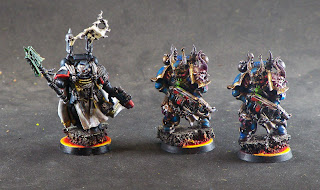 Posted by Thomas aka Goatboy at 9:48 PM