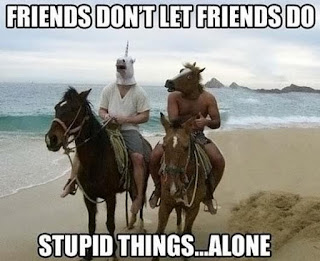 '
Today was a long day - lots of random chores, going around to places, and doing some boring quote stuff.  But hey I got it done - did some art and might even get to paint a few things tonight - will see.  Overall not a terrible weekend.  Had a long work week as I was in a meeting and still doing work - on a laptop.  It helps to have 2 monitors but I got stuff done and lots of free food as the bosses were in town.  Woot woot!

I still got models done after coming home so it wasn't all champagne dreams and caviar wishes.  With that in mind lets look where we are at right now.

Myself
Knocked out the Frontline Art and some other art things so that is good.
Got an Adepticon team art to do this week - so have to knock that out
Need to figure out BOLS next week article.  It will depend on what is out this week.
Maybe - just maybe work on something for myself.  Will see.

Ryan H
Finish off the Space Wolves - got some bikes and blood claws to do - so not too much left.  I expect them to all be done the week after - will see.

Brandon V
More random LoTD converted marines - some pics down below as I opened up the box to verify some things are still alive.  Plus I got to paint that old Tiggie Smalls model I always like to paint

Nick R
More marine stuff - stuck a bit as he isn't looking at playing for a bit - but will knock out the half colored marines.

I have some other emails going on that might bring in some other work.  It never ends for the Goat as of late which is a good thing.  Lately with work getting me more money it means less and less the miniature painting/art serves as a monthly bill/why did we go out to eat so much costs.  Its great and hopefully my promotion will get done soonish and I will feel a lot more secure.  And I get to save more instead of just hoping my 401k doesn't eat it.  Hooray beer and being an Adult.

Kid stuff is going good.  I am thankful my son is healthy and happy.  I know some buddies have had some kid issues and I hope the best.  Its stuff like that, that hits me as I just always liked kids.  I knew I was going to be a dad when my first response to a crying baby is trying to help it - not get mad that it is crying.  The boy has been extra daddy focused lately and it makes me feel awesome - even though he is dinosaur yelling in my ear and trying to take my glasses.

Its hard trying to think of new lists to use and abuse.  I really enjoyed that Wulfen X 3 with 3 Land Raiders list.  It won't survive the Meta but it sure is a lot of fun heh.  Been looking at Iron Wolves and doing dumb stuff with that.

You have multiple little death units that run around, a ton of shooting, and a lot of warm bodies all over the place.  The two Objective secured Drop pods will be annoying for people to deal with.  Plus - it just has a ton of bodies to move around.  I don't know if I will have time to do anything with it - but it looks interesting enough.  I get the feeling I will be playing the GK thing for a bit longer.  Especially if all I need to do is swap some Halberds onto some guys.  That seems to be the missing piece.  Or I play Knights and friends.

Still this is the "fixed" dumb idea Land Raider list

I am under 42 points - so no idea what to throw in there.  I could do something else dumb but heck this looks goofy as all hell.  The 2 Iron Priests ride with the Wulfen in the Crusaders.  They will hit like a ton of bricks when they get into something.  I could upgrade the Drop pod to Grey Hunters and a Melta gun.  Or get a WG guy in there with a Combi-Melta?  Its just some thoughts etc.

Event wise - I got some hope to play ATC, BAO, the Iron Halo GT, and maybe Broadside Bash.  Of course LVO again the next year is on dock as well.  I can't skip that haha.  I have somewhat forgotten a lot of my LVO games - beyond just doing bad stuff to Necrons.

To give you an idea - I basically took the learning spankings from Ben Mohile and figured out a good strategy to hurt the Cron Players.  Build a fort, cast Shrouding, and profit as they have to come at you.  Vortex seems to do wonders and I can grind out wins against Wraiths with Mephiston, force, and other fun things.  That was the plan most games - drop in, cause a ton of this with Cleansing flame and weather whatever storm comes and throw Vortex's and other fun things on them.

The games I didn't win were versus a 5 Knight army that I tied.  If Meph had cast Sanguine sword it might have been a different game.  It also shows me I need Halberds as strength 7 can help pop a Knight if they are charging in.  A stomp killed out the psychic center and then Meph got his power off and killed the Knight that got too close.  The other game I tied was due to time running out and see miss reading of the mission.  We drew down the middle and I think if it went on further I would have killed out his side and just left him some suits I would have come for.  I survived a rough interceptor round and just started lighting things on fire.

Important powers
Gate - Duh I get to move!
Vortex - Necrons hate this power :) - especially if I cast it a few times hah.
Cleansing Flame - the tits when it starts working
Shrouding - the best
Misfortune - helps kill things

All in all - loved the army and think in a meta that has a ton of psychic death stars it can do a ton of damage.  I didn't face any daemons so it was sad pants - but it would have been great to have a truly fluffy anti daemon game haha.  Oh well - I might be playing the list for a bit longer will see.

Ok - enough of that - lets show some models. 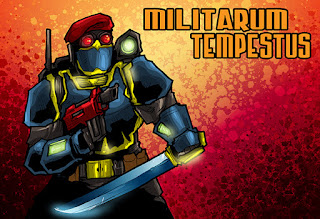 Finishes off this batch of new Frontline Art 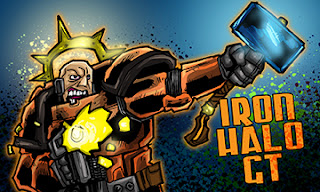 Woot!  This one was fun. 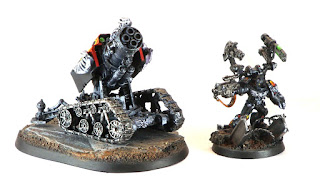 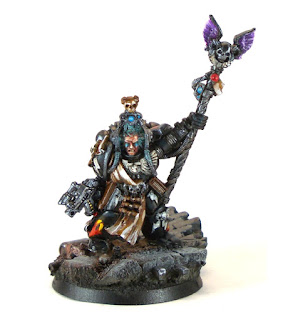 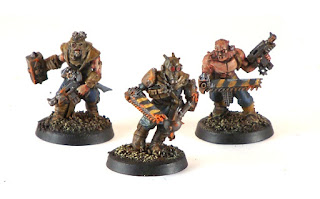 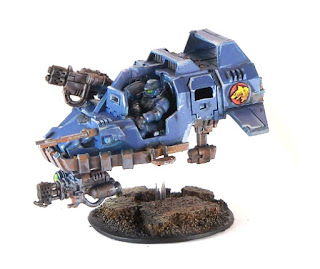 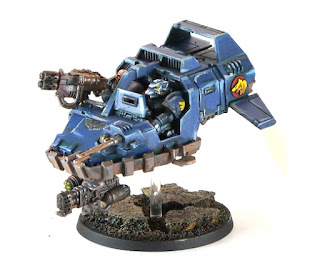 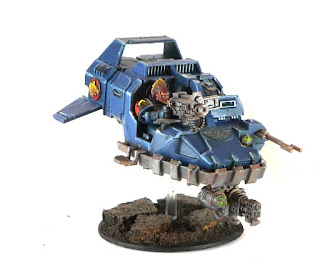 Posted by Thomas aka Goatboy at 7:05 PM