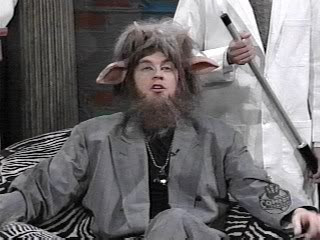 Today I did some play testing with Darkwynn on some Ard Boyz stuff. Man it makes me kinda glad I didn't play this year again as 2500 is just a pain in the ass. It also shows me that you have to get very lucky to get past a well designed IG list. Darkwynn was testing some Blood Angels build and I was playing a bizarre Wolf Lord/LoganWing concoction that I wanted to test out.

Basically a spam heavy list designed to have a really annoying troop choice as well as super assault bit that hits first. The plan is to keep you busy till turn 3 or 4 and I get in there with massed Grey Hunters and other nonsense. 19 Missiles is pretty annoying too. Plus 4 of the are strength 9. I really like the jack of all trades you grey hunters become with bolters and other nonsense. The Wolf Priest starts with the dogs as you won't normally be assaulting first turn. The dogs plus Wolf Lords become fearless and it helps out versus Psyker Battle Squads and other nonsense. Of course Logan makes his unit Fearless in your opponents turn and usually tank hunter or preferred enemy depending on what your mission is.

Power level is very high and I think it would give most armies a run for you money. A good IG list though, rolling hot will beat you up pretty good. Your hope is to go first, run forward and get in there. Darkwynn was testing a 5 Assault squad/Rhino list with 1 Las Predator, 2 Vindicators and 3 Baals. Meph was in there too and one Honor Guard. It is one of those lists that will hurt small armies as it is hard to deal with 5 full troop choices at times. Versus IG the hope is to go first, shoot forward and pray to survive the pounding you are going to get.

First Game I went first, he reserved his whole army and I just waited for him to come out. I shoot him to pieces and just controlled the game as he came in piecemeal and I was ready when only having to deal with small bits at a time. Also I had a chance to set up all my grey hunters to be counter assault units that easily came on and dealt with stuff with the meltaguns. Second game Darkwynn made an armor 13 Wall and it helped out a lot as I shot things up going first, but couldn't do enough due to target saturation. The game ended in a draw, but it was a much "better" game.

I am lately finding BA to have a glass jaw. The lack of Bolter on the Assault squads is pretty huge as they help you deal with hordes. Mix that with the overall cheapness of Space Wolf troops and I feel you have a slight advantage. Yes we all love the Bubble FNP, but when you assault them you only need to win by a few. You are marine versus marine which usually ends in a slap fight. Mix this in with some extra Power Weapon (Mark of the Wulfen) and you usually have enough of an advantage. And our Daemon Prince HQ's have awesome invulnerable saves :).

I am really liking Logan and the big fat scoring terminator unit. I will be experimenting with mixing up this list to a 2000 point limit for local Heavy Tournaments. This is no way a pick up game army, as I feel it concentrates too much on beating face that makes a fun pick up game no fun. Anyone else experimenting with LoganWing? I know a new Texan plays it and it beat my ass in a tournament. It made me rethink it, as the walking Terminators is a pretty scary thing, especially when they are 10 strong and scoring. Plus that gives me more reason to make a shit ton more goats hahaha. It never ends!!!

That should hit 2000 points if I remember correctly. It basically lets me play with a ton of stuff, plus I got a lot of feet on the table and a lot of things that feel Space Wolf/Goat like. And I get to play with more Bikes. I just like bikes haha.

Well the new Fantasy is out too - and it is a crazy bunch of new rules and other nonsense. There are some crazy things too, so will see. I think WoC might have stepped up to be better. With Initiative being important it means that my Warriors will be striking first a lot of the time. Fun fun fun times. Will see how it goes in the coming months. I guess I get to play Fantasy some more. I also got my Cryx book and plan on throwing down with some Warmachine too. Kick ass for more games!
Posted by Thomas aka Goatboy at 9:34 PM

YOu know you are right on all points here and it sucks. Between you, me and John and we can't firgure a way to break a well design Guard list it sucks. If we play marines and whatever way we go we have a mirror match up and we just tie and tie and tie and tie. Ig are the only ones that just destroy or massacre and in these formats we have to go big or go home.

its so frustrated and I thin k i am just frustrated with the whole process right now as we have it.

Nice lists! At the moment i'm trying to beat a friend of mine with IG and it's hard with SW.
For next week's battle I thought something like this:
4x Grey hunters squads (9 guys on rhino with PF,MoW, Wolf standard + Wolf guard with PF and Mow) = 273 each
2x Long fangs (6 guys with 5 ML + wolf guard) 158 each
How would you round it up at 2000pt?
Thanks, G.

At this stage - you have to look at what you need. If he is playing pskyer battle squads, then you need some wolf priests. They will give your squads fearless, and preferred enemy most of the time.

The other options would be rune priests too, as they are a 100 points.

Say - 3 Wolf Priests, 1 Rune Priest. Or you can go 2 and two. You have a nice solid base for a basic army. Just need some leadership :).

And Nick I do agree, it is very frustrating. At that points level things just turn into a crap shoot. You either just get shot to pieces and your 2 or 3 hammer units die to combined fire. From there you just hope they miss a bit and you get up there. It is why I like Space Wolves as you can ignore leadership checks most of the time, but you still have to get very very lucky. Which is craptastic.

I have had a lot of success versus IG Mech with my BA landraider blitzkrieg list. It packs some all star units, not min assault squads riding in the landraiders. Like everyone IG has some problems with AV14. You can put together some really nice landraider lists with BA since they are dedicated now. It changes a lot of things.

Depends on the IG build too - the massed str 10 template machine can hurt all those LR. If they were only fast :).

But it is a thought, especially at the Ard boy level - zoom up and deal with it. As obviously Melta won't matter till they get close. Those str 10 templates are an issue with the manticore being able to hit multiples as well as massed medusa BS. Squadrons. Stupid f-ing squadrons. And also Vets as troops. Once mystics go away a deep striking army might not be bad too.

S10 vs AV14, 4 to glance, 5 or 6 to pen. Templates have a tendency to scatter and you can only pack so much S10. My landraiders can deepstrike and I'm not afraid to do it. It just brings another dimension to hte table. I respect guard and build my list to beat it. Yeah just beat it. Hee !!

For your fun pick-up army list, you mention a WG with jump pack to go with the SkyClaws. Did they FAQ that - I thought WG couldn't join SkyClaws? Just checking as it sure would be nice to add on in there.

Let me look - but you might be right. i thought I could join them with anything. Thanks I didn't want to cheat haha. I was actually thinking of taking him out of there too hah.

You are correct. Odd that they left that one out. Might be why they can take MoW in that unit too. Very odd indeed. Will post the new list later on today with a new post.

Thanks for the update - didn't want to be a cheatie face :).

Hehe. And here I was hoping you knew something I didn't. If I ever used SkyClaws, I'd want to toss a WG in. But seeing as how my 15 man BC squad with Wolf Priest always fails me (always getting slaughtered), I tend to shy away from BC.