Goatboy - Some 40k thoughts and other random bits 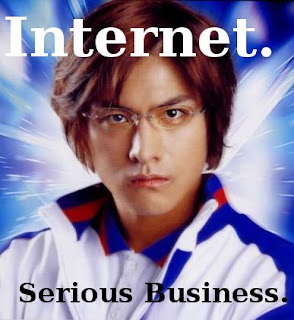 As you know myself, Brent from Strictly Average, and Nick aka Darkwynn will be heading to the Da Boyz GT in November. The ticket has been bought, the plane tickets have been purchased, and I think I have two armies I want to bring. Both got a nice score on their comp scoring system - at least over a 60 and I think both are alright. A bit cobbled together - but with comp looking the way it is - going with different weapons to do the same job works a lot of the time.

So the question is - which one do you think is better?

Or this one for CSM - A Fabius Bile Army

So the thoughts are - what list do you think I should bring? The Fabius Bile army will be a new build out as I would need to make a bunch of the models. In fact I've already finished one squad of Bile Mark Or Khorne Marines. They are based off a Black Ork model from Fantasy with some extra bits and other pieces to give them this fat ass jerk like Chaos Marine. The Bile Mark of Slaanesh marines will be worked on in a week or so. I think the army has merit as it is a dark horse build. Will see.

The Space Wolves/Goats army is kinda my signature army too - and most likely a better overall design/build over Bile as there is less a random chance to have my guys eat it to whatever nonsense Bile gave them before the game began. I don't know. I have faith in both lists so I just have to figure out which one would work better for me.

Other thoughts - shit I am going to be painting me some Dark Eldar when they come in. If people are interested shoot me an email for costs on painting up your army. I plan on grabbing some to do some tests for people in the coming months. That way I can get a better idea on shortcuts to finishing an army and other cool bits and pieces.

Finish this off with some stuff I finished for an overseas client. Fun stuff indeed. I really like painting Chaos. 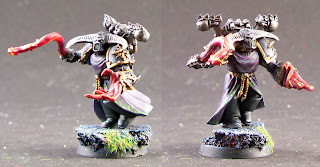 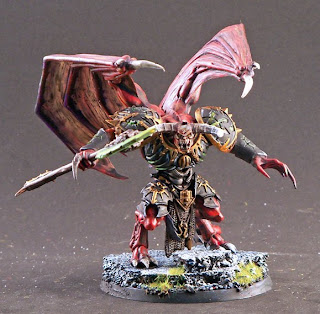 Posted by Thomas aka Goatboy at 1:49 PM

They both look fun, SW has unit variety while Bile is just an amusing build.

They both look fun, SW has unit variety while Bile is just an amusing build.

Both play the same way for me. It just depends on what I finish haha.

I like the Bile list the best. It could be a lot of fun to play. I like MoK for the Enhanced Warriors. Remember they are fearless. :-)

Wow man I am really digging that Raptor squad. I love your stuff but that unit is just amazing. Really .