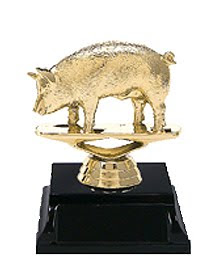 Alright so me and Darkwynn played in a Team tournament this weekend. 1500 pts per side, no abilities able to help the other, super smash em fest. We had 5 teams show up so it wasn't a big event (there was an Island of Blood tournament too). Darkwynn played BA and it was Sanguinor, Assault Squad, Sanguinary Guard, Librarian, Sang Priest, Tact Squad and a Missile Launcher Devastator squad. Not a huge army, but more of a surgical style army.

I had the Daemons I talked about the day before. They were the, we can die and life is ok army. So overall not a terrible grouping as we had 3 "We hold Objective units" and could have the rest of both armies just get to work doing what they do best. Killin'

Paul had some Leman Russ squadrons and a few batches of guys. Matt had some Marines in rhinos and other fun pieces. We got the first turn and started to parking lot the army. My preferred wave came in (2 Fiends, 1 Herald, 1 DP, 1 Seekers) and I went to work being annoying with all my jerks. We basically just came down in waves and kept the guys stuck in their deployment zone. MVP of the match went to a Herald of Tzeentch who with his mighty Str of 4 touch out a 2 Tank Squadron of Leman Russes. They didn't move, I rolled 3 6's and then rolled a 6 for each tank to Immobilize it. He then died to 3 Bolt pistol wounds but he still went back home bragging about how much of a bad ass he was.

Josh had Meph, LRR, Scouts, 5 Man Assault squad, and 3 Dreadnoughts while Will had a LR, Logan, Some WG termies, Long Fangs, Grey Hunters, and a Rune Priest. This games MVP was the Sanguinor as he punched out Meph in combat. A lot of my stuff ate it right away but the fiends pull it through the Wolf Guard Termies and Logan. A tight game that came down to use pushing a flank hard and crunching our way through it.

Round 3 - Kingsley and Frank with CSM and Khan Marines

Frank had a DP of Khorne, Lash Sorcerer, 3 Squads of Zerkers while Kings had Khan, Assault Termies, Rhinos with guys, Thunder Fire cannon too, and a LRR. This was a 5 Objective mission and we killed all but the LRR. We got 2 objectives to 0. We control each side pretty well and Frank had some crap rolling on his part. The fiends would work as good meat shields and help hurt the Zerkers when they charged in as we both had Initiative 5 and Strength 5.

We ended up getting first and took home some Beastmen and a box of Ravenors for our Saturday. I think next time I will add in the Blood Crushers unit as I think 15 Fiends is just too much for some armies to deal with. The Crusher mix will give me another Icon as well as some ways to hide some Heralds of Khorne in there to make for a cool unit. Future list later on this week.

In two weeks I will be buying my plane ticket for Da Boyz GT that is coming in November. It should be fun and I plan on bringing some Daemons to rend the reality of the world :).
Posted by Thomas aka Goatboy at 12:22 PM

Fiends kick all kinds of ass, I just love 'em.

See you at the GT!

Congrats on the big win Goatboy !

Our strategic first round minor loss meant we played someone else besides you and Purple Juice Drinkers. Lucky for us, since we weren't even fully painted and still got 2nd.