Played a game with the SW 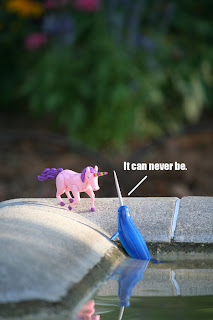 Man - hampering yourself makes you hate your army sometimes. I know we all try to sculpt a list to make things fun - and Chris with his Nids had a fun Nid army - it just felt like I was - I just don't know. Like I wasn't able to make it at 11. It is life and I need to play the list more - and as usual I changed it up a bit again. Of course my scouts sucked ass - rolling a 1 to come in - I swear if I need to roll a 3+ I just can't. FU Njal.

This weekend I got a tournament in Houston. It is a no comp thing and I am just not sure what to bring. I could go with Daemons, as I enjoy playing them, or a super mean SW list that just lets me play what I want. I just don't know. Will see. I will think about it. Current Da Boyz SW list that I think I will bring -

1848pts right there - Thoughts? It gives me lots of options - the Wolf Priest with the Scouts should be fun and I get to paint another Space Goat to make a cool looking model. Plus it will just be neat to have a crazy Goat with some red facial stuff or something else designed. Something neat. Either way I think it will work out cool. If not I try to fit in a Iron Priest on Thunder Wolf to give me some kind of Crazy killer to use. I just don't know. This thought just gives me more goats - which I can't say isn't bad.

Also here is a DE list I just kinda threw together. I think it might be fun, has no SC and is designed to create different avenues of assault/damage etc. Plus I get to go zoom zoom with Reavers :).

Total - $400.00 - minus discount/Tournament winnings. Right where I would want a new army cost to be to make it worth wile in my brain. Is it any good? Who the hell knows. I got some nice anti troop, some anti vehicle. Some stupid Pain Token nonsense as well as some good assault to kill tough things etc. Will play test it with some old DE we have locally. Make the new models just look so much better.

So yeah - those are thoughts. It is about time to jump off the blog - gonna throw down with some Halo Reach with the kick ass wife.
Posted by Thomas aka Goatboy at 10:38 PM

SW list looks interesting, the number of HQs might get you dinged but everything else looks plenty diverse. I've decided to just say fuck it and bring my Loganwing :P

DE list looks fun too, WWP armies are gonna be very interesting. Personally I'd like to see Beastmasters and blasters/heat lances on the jetbikes.

Reach, you've got until Tuesday to play with me, then it's gonna be Fallout all day erry day.

Haha - will need to get a game in. We played late last night. Will try to get on at a better night time tonight.

I'm liking the DE list. Can do lots of nasty things, versatile. Also it's a very fast army as well.

I like your SW list for the Da Boyz GT and think it should fare well. The Wolf Scouts with the Wolf Priest and WG attached is very helpful - I would run the WG with a power fist to get that into the unit... Helps round them out a bit more.

I will have to drop the meltagun on the Grey Hunters to get a guy in there with a fist - so will see how it goes. Or I could drop some of the grey hunter units - etc. Or go back to one Blood Claw unit instead of the 3rd grey hunter unit.

I would drop the Wolf Guard attached from the Long Fangs to free up points. He is awesome but one spot that I don't see as necessary. Having the power fist in the scout squad with the Wolf Priest is really useful. This might even free up enough points to add combi meltas to your other Wolfguard. It's alway nice to have another melta shot up close and personal.

Why did you change your Thunderwolves to bikes? Different game style or just experimenting?


By the way regarding the list I was thinking, this is what I came up with:

I threw in a Lone Wolf for fun and I also believe that he will be pretty annoying. You can ignore him for long. Also I buffed up a bit the scouts.

So what do you think of it?