Goatboy - Sunday! And I get to work tomorrow. 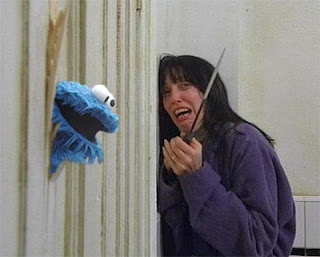 Yeah! You got to love reports. Blargh! Lists, lists and more lists. As usual. I play a 6th game with a coworker - lost by one VP point and it was a lot of fun. I like playing against him because he is a very raw guy and he goes into the rules - making me go into them and work them through. It will make me better in the long run for sure. I didn't play the Ork list because well - the nob bikerz are not painted. When they get done it is time to throw down with the orks!

Me
Plastic Dudesmen - Script it (its a good one) - need to draw it tomorrow and Tuesday - the art will be neat.
Nob Bikerz - 2 More - Done!
Nob Bikerz - 2 more - need to get the deff koptas - in thoughts
Ork Warboss - In thought stage - need to get some ideas on how to build it.
2 More Charity army guys - Need to build them, convert and paint.
Secret Weapons review tank thingie

Jens
Void Bomber - it is built, primed, and hope to paint tomorrow night as the wife is out of town for a few days to see her mom
Wracks - Not sure how many - but they will get done!

Luis
10 More Mordhiem guys - Primed
10 More ? - hopefully get them done on the Tuesday

That is my week's plan. I finished up another commission this week too. The small batch of 4 Ultramarine guys. It was a nice one as it let me figure out a blue I like. All of that is good so I am happy. I really like the new Demon stuff too. That will be some hot ass options for an army of all soul crushing rending monsters of doom. In fact it gives me a few interesting ideas as well. Give this list a thought.

This is not the fun happy Daemons list hehe.

This comes out 1994 - you utilize your icons, your reroll and just your annoyance to not be hurt that much. It might work? And of course this will all change most likely when the CSM book comes out. Assholes haha.

The Wraiths are there so you don't lose after turn one to a bad game of many shots etc. It is an interesting thought as you come out, zoom around and cause problems. I really like the Annihilation barges as they just put out a ton of shots. Plus you could just have the Wraiths on the board and not worry so much. Ideas and more ideas.

You got some shooting, some flyers, and more shooting as well. Plus Deff Rollas coming your way. It might work so who knows. It is a thought - and it lets me play lots of neat stuff. I need to get my Big Guns made - thought about just having a ton of stolen Necron guns as that would be hilarious. Might test this out next week when I get a chance to play as I have most of it. Woohoo!

Alright some models and I am off to bed. 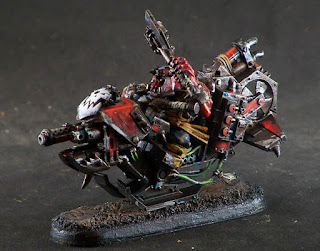 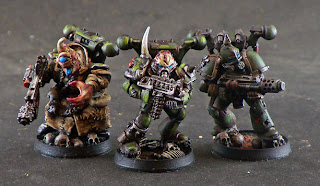 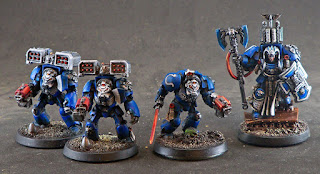 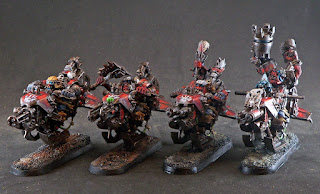 Posted by Thomas aka Goatboy at 8:55 PM

I like the way the terminators look like they have a third eye on their foreheads, if it wasn't for the ultra marine markings i'd think they were a squad of librarians. Now THAT would be a cool twist on a grey night army ;-)