Sunday? I am going to work in less then 8 hrs. 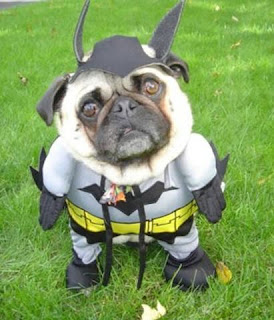 I had to work Sunday as a swap day so I could be at the ATC this next weekend. That is right - I will be there and ready to play my last few games of 5th. Lord it will be a bit surreal as I try to keep the rules apart haha. That is the biggest thing. Plus I hopefully get to meet some new people and just have a good time. In fact that is all I really care about most of the time.

Blah to those comments on BOLS. I will stop when it stops amusing me to do the articles and comics. If they don't like it - fine. If no one likes it at all then that is ok too. Really all that matters is I like it enough to put the effort in drawing the comics and Wyatt puts the effort in writing them up. Same with my articles. And really the same with people saying I am obnoxious without meeting me. It is humorous to read those comments. Hell these awesome guys I sat next too during Wargames Con - Guerrilla Studios - Zak said his friend told him to give me some shit. Haha - I was like awesome - at the very least he wanted to get a mean note to me hehe. Of course Zak is like - dude doesn't suck as we made sure he got some good food in Austin heh. Oh well - I can't win them all right?

I have gotten 2 games of 6th in. I will see about getting a 3rd in Atlanta next week and then more the following week as I test out different things. I think will see a lot of Farseer's and then people will take Njal a lot. I prefer Njal due to the ability to say no to things and then get a Deny the Witch roll as well. The more chances you get the better. I want to see what Chaos brings to the table but if FW hits - the Epidemius Ally will be hot.

That always comes in turn 1 and you can start the fun. Now if FW is allowed then we get Marked Vehicles to hurt things with.

From there - let's add in the two things of hotness for now.

That hits at 1249pts right there - and if we get some FW loving we could look at Blight Drones, Contemptors, and maybe even Decimators. This way we have some Long Range punch as well as a chance to hurt some things. Heck let's look at this?

I really don't like the army set up with fat squads of 14 - but it will take awhile to chew through them. The Decimators should give enough long range fire to hit vehicles as needed and maybe knock off some Hull points. Plus the Plague Marines will be annoying as all hell. It is a thought - but it will take the next book to really decide.

Blargh - if FW comes my wallet will hurt a lot. Bastards.

Models done. - Woohoo - look for more stuff for Luis done tomorrow as I sit around and work. Or check tickets - or do what needs to get done haha. 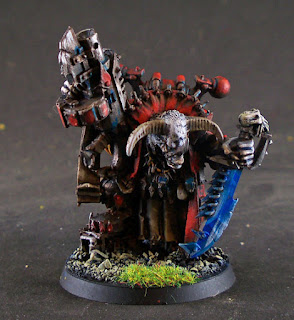 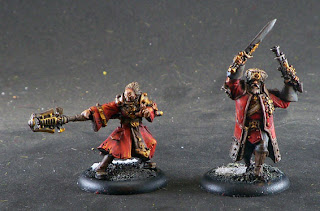 Posted by Thomas aka Goatboy at 9:32 PM