Didn't get a game in on Thursday.  I took half the day off but came home and worked on some photostuff and art things.  As usual.  I don't rest!  Plus I hung out with a non 40k nonsense buddy last night as well.  Woohoo!

Saw SkyFall this past weekend.  It was good.  I don't know what I will see next but there is some hot stuff coming up.  It's weird how you slowly rotate out of seeing movies then you hit a bunch in a few weeks time.  Beyond that I got Halo for the wife and I am playing that every now and again when I am tired of staring at miniatures.

Right now I am waiting on some models to come in so I can finish out my "army" for most of the year. I keep switching things in and out and it is time I stuck with something for awhile.  I get by on being aggressive and knowing the crutch of most players armies so if I go in and cut it out I can usually keep up.  I just think it is time I stuck with a core for awhile and then got used to my plastic crack.

It gives me another troop choice and a fat unit to engage the enemy with.  I want to test out two Maulerfiends and I still might need Havocs or Obliterators.  But this is the current list thoughts I am waiting on some models to come in to test.  Woohoo - Necrons!

Me
4 more Spawn - I got 3 Built and have the body for the final one.
Plastic Dudesmen - Done!
Necron stuff - Waiting on stuff to come in!

Jens
The Last Dragon of the Batch - built and primed - done on Sunday.

Chris
Last 1 Cryx guy - Need to build it up etc. - Going to try and do Sunday.

Woohoo models to look at. 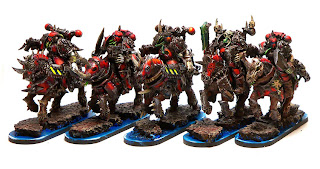 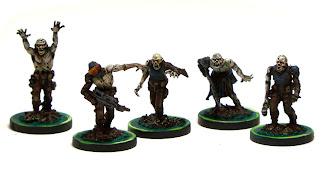 Zombies from Mantic.  Review will be coming to BOLS soonish.

Last of the Jumpers so far! 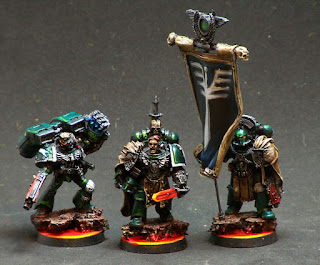 The other half of an Assault squad. 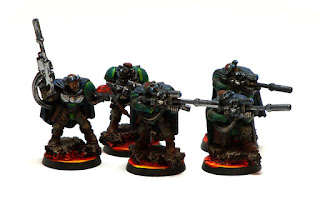 SNiper you in the head! 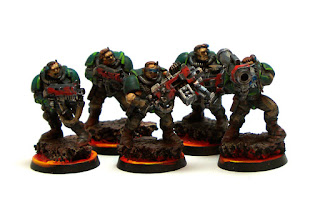 Posted by Thomas aka Goatboy at 3:00 PM