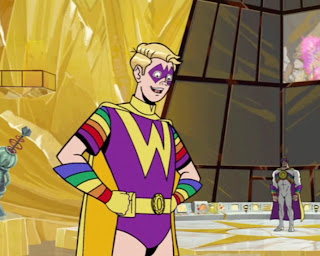 Currently this is where I am at paint wise.

Michael S.
Ork Bomba thingie - was going to be this weekend but art and Reaver took up the time - Gonna work on this maybe tomorrow or next week - depends on what I get done tonight

Woohoo - so all in all ok for the week. Will see what I get done tonight and tomorrow. We got a paint day at a friends place - and the plan is to finish Bushido's 27 bases for his Death Wing tomorrow so he can have all of that. So hopefully lots get done.

I got a video of the Reaver that will come up soon. That will be great as well as better pictures. Good times indeed.

I got a game in with the Word Bearers versus Foot Eldar. Man I wish I had a rune priest as Eldrad was in combat for like 6 rounds of getting hit by power weapons and fists. I won in the end but it still took forever. His harlies did do no wounds to my squad so that was hilarious even with Doom :). It was just one of those games for Matt. The full batrep will go up soon on Bols.

I was supposed to play another game but I got a lovely claw from my bank that said someone had taken my credit card number again and tried to charge a large amount to Walmart in another area of the US. Awesome eh? Got my temp card so that is good but still. WTF people. Come on it isn't like you get anything nor is it really worth it. It makes people have a shitty day and I hope you get something in return for annoying me.

Will have another update this Sunday and a new Blood Angels list thought :). I think it might be the "IT" army for me with Storm Ravens but will have to see. It does have 2 and give the feeling of nutbar 40k too. And hell that is all I want in a list :).

Lets see how much hate I get this week. I swear if I have to hear that I ruin the game for someone I just want to say - good you obviously need to stop playing because someone having fun making new models makes you want to quit the game then you need to look at what you are spending your time on. Really. I should have no power or control beyond the stupid games I play. I just like to make evil looking stuff and have fun. If that hurts your feelings then really - just stop playing the game. Really the game is all about inspiration you take from it and having fun. And if you are not having fun in some way then stop. I guess I just need to be more of an asshole to really get the true hate going on. But I can't do that - cuz this Goatboy is a sweetheart haha.

Ok - gonna start testing this out - live broadcasts of just myself hanging out doing paint work and other stuff. Check it out - UStream - GoatboyBOLS. 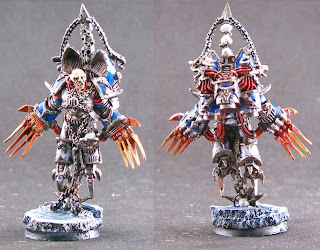 Posted by Thomas aka Goatboy at 4:48 PM

I'm loving that jump pack monster!! Insane-O for sure !!