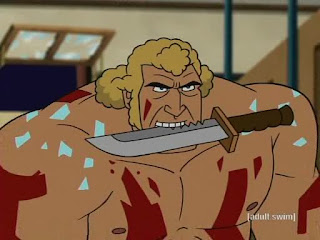 Another batch of minis getting working on. I started on stuff today and got some small things done before my hand cramped up. I got a commission to finish next week as well as getting started on the ork bomba this weekend. I got a wedding to go too so it might cramp my already awesome style haha. So without much here is my list of paint stuff.

Jens
8 Noise Marines - Half are done - other half primed
Obliterators - DONE!

Next week sees some more things done and shipping out this huge Reaver - Check out the video from BOLS - REAVER!. It was a beast to paint up - about 7 hours of paint time. I have methods to do metal that are mindless and easy - just can take awhile on something that big.

Beyond that - look for me getting on video on Friday to paint stuff and chat. I will post the link again earlier and a better time frame. Hopefully I can get my audio to work so you can hear my beautiful voice. Hah.

So BA Storm Raven list - I can it go big or go home.

It is right around 2000 pts so if you want to go 1850 - look at dropping one of the rhino squads are dropping the fists/ss from them. And a power sword and fist from the Death Company. It is a pretty go big list and I think it would work out pretty well. Plus how fun is it to go zoom zoom with Storm Ravens.

I've got some new ideas for Wolf Star armies. The biggest thing I have been seeing with them is the lack of any real troop presence. Your Grey Hunters are so good. They are just great and if you can create what I like to call - turn 3+ advantages with your troops you have a good chance of winning. So really look at 30+ grey hunters in your Wolf Star builds. I got some tricks that I think might push it up and really make people mad. As usual people won't listen to me so I will post it anyway.

So basically you join the 3 Wolf Lords to the 5 Wolves + the Wolf Priest. You can join them because anyone can join the Dogs. The Saga of the Hunter gives a 3+ cover most likely to the dogs and the guys etc. Plus they are fearless which means a less likely chance that they eat it to PBS's. You also got some interesting Long Fang configs. You got a set up that puts out 9 heavy bolters into something as well as 4 ML into a vehicle. Pretty spicey. The extra WG is an extra wound for the 5 ML Long Fang squad. What he always makes his 4+ cover save or his 3+ armor save. Cuz he is a jerk.

Tweaks you can do to it is drop one of the lords and get a lot more stuff. It might be worth wile that way like adding in another troop squad which wouldn't be terrible. The extra wound WG can join that squad if need be. Still it is a thought for sure. Try it out if you want. I think it will give more staying power especially when the "wolf" star dies. The extra Thunder Wolf Cav is your extra WG battle leader :).

Some minis that were just painted cuz I am crazy!

Posted by Thomas aka Goatboy at 7:53 PM

like the oblitz alot, but i've got to ask since im a fan, why are you putting Venture Bros. pictures on every post?

I really like the Venture Brothers. Thought it would be a nice change from Cats :). Plus both these lists are mean and efficient like Brock.

Sean of the Dead said...

Saga of the hunter only works on infantry models.

Sean of the Dead said...

Saga of the Hunter only works on infantry models.

I know - so the guy who is the wolf priest with it is on foot. He joins the unit - the Saga gives him stealth which is conferred to the whole unit. he doesn't have to be a on a bike - so yes if a save is assigned to him then he only gets a 5+ cover save if in the open or a 4+ inv save.

But he can join the bike unit - or the dog unit. Or whatever he just has to walk up and join. He has no other wargear so he is a foot slogger.