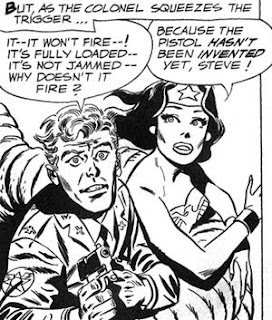 Welp we got another snow or super cold coming in - means I need to build shit tonight to get stuff painted this week. Most likely it will be a build week/web site clean up week. Will see. I also got freelance art stuff to do too. Woohoo!!! For those wondering blog titles cost a flat $25.00 to do. I will show some at the end but it is just a flat $25 if you are interested in some Goatboy Art.

John H - Sent me some vehicles that were badly in need of fixing. I did a lot for em and got 2 left to do - one will be done today.
Vindicator - Primed and staring at me like a sad puppy dog
Predator - Fixed and waiting to be primed.

Scott M.
Build an Ork fighta bomba thingie - It is in a box!

Robert G
4 minis - need to make sure nothing is broke and get started after this coming weekend - Doomrider is in there woohoo!

Adriano
Reaver! - if the weather is getting better by the weekend I am going to get my ass to working on the legs. It looks awesome

Nick aka Darkwynn
Menoth - need to evaluate and build a price to paint list out of all of it. lots of metal dudes I am going to get mad at.

Chris C
More of the White Dark Eldar- 6 Reavers that need to be painted - might have to wait for better weather as I need to spray em white.

That is it for now - it is a big one but again this is more like a 2 week thing and a build thought etc. Will see how much gets done. The ones at the top most likely :).

Played a tournament this Saturday with the Word Bearers. Went 1-1-1 with them and feel like I need to tweak some things. Current "list" with changes below. It really steams from needing more feet on the table top so that means painting more dudemens. It never ends for the Goatboy. At least whoever buys the army will have a lot of options with it as is usually when I build an army up.

Game 1 - Chaos with lots of Khorne Bezerkers - Chris was his name and he is a young guy. Basically everything that could go wrong went wrong. He tried to lash my bikers -I made my 5+ save to stop it. From there it was just a chomp chomp chompie chomp the whole way through. He failed all his cover saves. It was like - one lascannon shot - hit, penetrate, and pop you out. Funny thing is that he scatter off me and landing on my bikes who got the 2+ trick - and I failed 3 of them with 1's. Poops! I maxed out on this game.

Game 2 - Playing Darkwynn with his Dark Eldar. I lost this one and the big blow was losing my long fangs after one round of shooting at them to a failed leadership check. 9 is good right? If they stayed around I could have dumped all his mobility and then just shot him out - but that left me with enough crucial fire to take down his flyers. Good game for sure and a good "learning" game as I felt I just needed more feet on the table for sure.

Game 3 - Playing Brandon or Minus67 with his Calgar marines. I killed all his troops but it was one of those weird games where things were going wrong both sides. We tied in the end but it was like - 7 Missiles and I only hit with 3 type of game. Good game all the way as usual with Brandon. Calgar survived a crap ton of damage with his 4+ as did my Wolf Priest. My Wolf Lord did not die to Lascannons and was a pain the ass too. The mission was bad but that will all get fixed next time.

I got 4th overall with Brandon getting 5th due to not being fully painted. Darkwynn got 2nd too. Good game. I bought a Storm Raven so look for the Goat Angels to come out in a few months as I get ready to play some Death Dreads in your face.

1850 on the nose - would like to add in another Long Fang squad with a Heavy Bolter or another WG battle leader. Might see some tweaks as I mess with it etc. but that is what I am going to build towards in the next 2 to 3 weeks. That is my plan anyway.

Some artwork as promised! 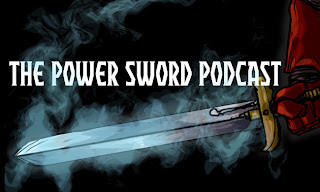 Posted by Thomas aka Goatboy at 6:47 AM

Obviously Nick is getting Menoth so he can be more like me, right?

Is that Steve Rogers or stone cold Stve Austin in the top pic with Wonder Woman? What a bad time not to be able to fire yer pistol !!

I need to find the extra plates to make it look cool. That is all that is keeping me from building the fucker -and then I need to make you two heralds - which I need to make 2 more of so I can be as cool as brent.