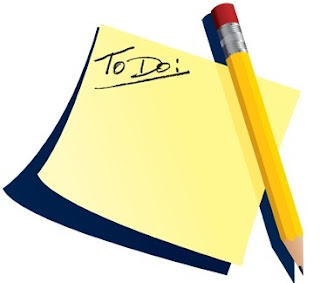 So this weekend I played in a tournament at the local game store. I got in second with the Ork army I posted on Bols. I will be doing a write up there about it as I feel I could use some changes to help things out. It did alright - with two board wipes and a draw with another Ork army. So all in all good times. I do think I need to work on some orks - with Tankbusta boyz looking to make a come back as I feel I need something with more mobility. I also want to do some Burna boyz so I need to go through all my stuff and probably buy some burna bits to convert out a ton of guys who go around and say - so yeah I hit 5 with that template - lets make that 50 :).

So as usual let me write out what I want to paint as this is my beginning of the week. Well Friday is actually it - but I am writing it tonight :).

World Eaters - Will probably just get the models done
Grey Hunters X 9 + Wolf Guard - Built and Primed
Rhino - On a sprue!
4 Dogs - Waiting to get them
Magnet all the bases - I got magnets!
Create the Display Board - I got the Board!

Art for new Project!
And my stuff - Hellions!

That should cover it - the week after that starts my build out of Necromunda stuff for the Spain client as well as the Reaver Titan as I should get the finished build later on this week. I will be pretty busy for the next few weeks so will see what I can get done. Or so that is my hope. Tomorrow I want to get the World Eaters Grey Hunters done and the Gargoyles. Their schemes are easy and if I can bust out those two I will feel like I should be "ahead" enough for the week after.

I still want to get some more 40k art done as I got a itch to get some drawing done. So hopefully that will be coming up for people to check out. I am still also thinking of my Dark Eldar so look for more lists then too.

I can't wait for that Storm Raven as it will mean some Goat Angels will get played versus those damned dirty Space Goats :) - I got some ideas that go against the grain that a lot of players think of so maybe my version will work. If not I will at least have some fun with goofy units :).

Beyond speed painting articles any thoughts on armies? I play Marines, CSM, Orks, Dark Eldar, and have some Nid ideas as usual? So comment away.
Posted by Thomas aka Goatboy at 8:43 PM

Hey Thomas you're gonna have lots of fun with the new Stormraven. It's a real blast to play. :D

I think it will help the army tremendously. I need to draw up a goat chick to put on the sides of them though :) - decals all the way :).