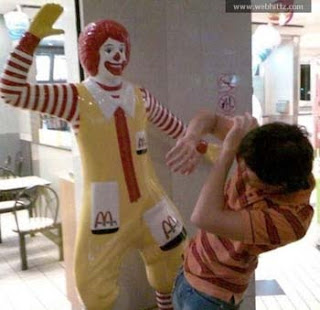 Which means more painted stuff. I start my week on Saturday as Friday is my usual post on my paint site etc. So again a list of stuff that will most likely get done this week. With some things that are already done.

Jens - CSM
5 Terminators/heavy Magnet/Built - Done today woot.
5 Juggers - On sprue - would like to have them built this week at least

Jason S - Snow Nids
20 Hormagaunts - Just want to get them built this week.

I played a game versus Big Red. He hadn't played Space Wolves yet and I wanted to take a mean build to throw at him to see how he would survive. He did a few mistakes and I won in the end. As usual I used my Wolf Lords on Juggers to keep him tied up as my Grey Hunters just got into business and caused some shenanigans. It is how a lot of my lists play. A unit keeps you busy for 3 turns as all the other pieces get into position to deal with the survivors. It works out pretty well as you expect your big fat unit to die - makes you play a little more aggressive which can put your opponent off. It also makes them forget the objectives a lot of the time.

I call this list - Mean and Clean Space Goats

So I get 4 Psuedo Wolf Lords to run around and lots of guys to get up and get business done when it is all said and done. It is pretty much a very aggressive list design to put some pain out as need be. I don't know how well it will do versus DE- most likely you will have to play a corner Long Fangs and reserve game. Will see. But this means I get to make 4 more new Goats on Juggers as I want to have all plastic damnit. I might rip off the guys on the metal juggers now and just build plastic juggers for them to ride on. The riders are plastic and I can go back and do some color tweaking to make them look nicer. I will probably do that with all the other goats too and create a nicer looking force.

Right now I am waiting till next month to put in my final order for DE. This should get me enough to get my games on with the foot army I want to play with. So look for more talk about that in the coming month or so. Reaver Titan is almost together and ready to paint so look for that jerk as well as a Stompa coming soon. 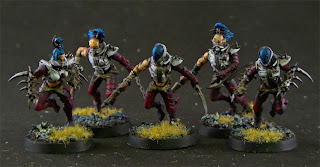 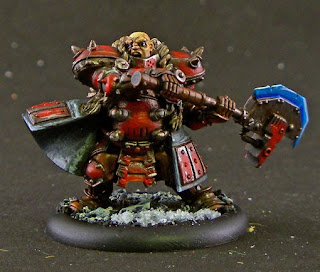 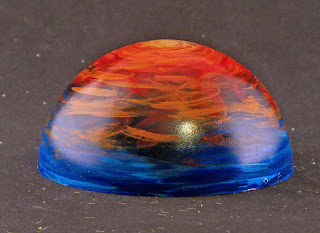 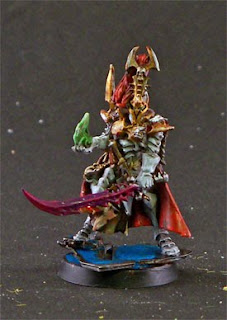 Posted by Thomas aka Goatboy at 2:57 PM

Dark eldar are looking good as always bro. The white looks really good on them.