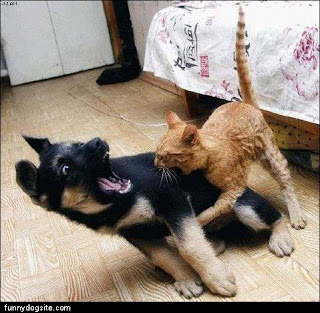 Woohoo it is my Friday. I plan on playing a game versus Big Red tomorrow and hopefully an Ork game versus Dark Wynn and his test Dark Eldar - lists will be below. The Ork is just a basic ork lis with the SW are a meaner list I want to test out for Adepitcon thoughts. Just to see where I want to go with it.

Space Wolves - Mean list to Test to see if I want to go back to Thunder Lords! So I will test bikes one or two more times

There it is - lean and mean biker army of doom. I got some more ideas for Wolf Lord Armageddon but will wait on that until I feel like making more Plastic jugger riders :).

Simple, basic and lots of boom boom. Will see if I can hit with rokkits and lootas. It is great when versus all the Dark Eldar vehicles orks have AP 1 Weaponry hehe.

So a crazy pop out and scare you portal army. The other thought was just to do one portal with an Archon and go from there as he might be a better help when he joins the Incubi. The lack of Pain tokens might be bad - I just don't know just yet. I should play a bit and find out - but I am such a play only painted player now that it just hurts to test. I will paint it all anyway. But that is a thought list. Lots of annoying crap and things that run out and scare the crap out of your :). Muahahah.

And now some model pictures. The Hellion is my Duke. He is the Red Baron and when he dies someone else just picks up the helmet and continues on the legend of the Baron :). 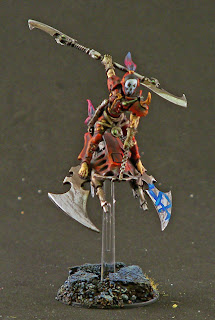 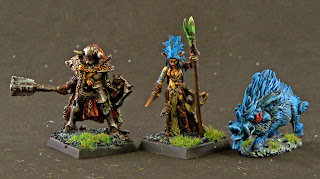 Posted by Thomas aka Goatboy at 10:16 AM

What does the models in the last picture represent ?